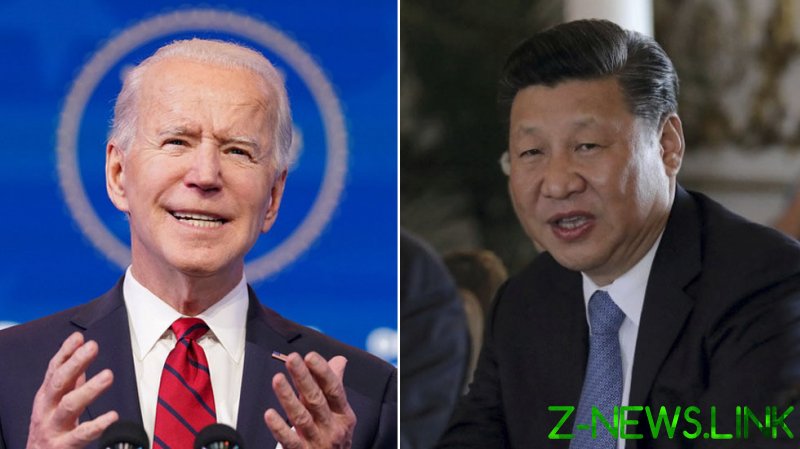 According to a report in the Financial Times, China has refused to host a scheduled visit from US Deputy Secretary of State Wendy R. Sherman. As part of a wider Asian trip, the veteran diplomat aimed to fly into Beijing for talks which were expected to pave the way for a potential summit between Joe Biden and Xi Jinping.

However, for a reason that remains undisclosed, a meeting between Sherman and her counterpart, Le Yucheng, was rejected. Analysts in the report expressed concern that this would be a dangerous move, while others tied it to the way the US treated China in the fiery Alaska summit earlier this year.

To date, Beijing has not been overly confrontational with the Biden administration – bar these one-off events – and still has many legitimate reasons to stop ties with the US from getting even worse. But on the other hand, the closing down of this potential meeting is an important indicator of the mood in Beijing – it already seems to have had enough of a Biden presidency that is pursuing a foreign policy which is increasingly the same as Trump’s. Dialogue with America is currently not seen as something incentivizing, but a waste of time.

Keen observers will note that the wheels are already falling off Biden’s China policy, which seems mired in growing contradictions. Part of this can be attributed to a lack of coherence on what the policy actually is apart from ‘China bad’.

And the reason is that the Donald Trump presidency continues to linger over the new administration, having set a number of traps for it to cement its new paradigm of relations with Beijing and ‘box in’ Biden – for example, former secretary of state Mike Pompeo’s last-minute declaration of “genocide” in Xinjiang. This formula appears to have been a success.

And although the Biden presidency suggested there would be more restrained competition with China, and pledged to cooperate with Beijing in areas that were in America’s national interest  – such as climate change – six months later, there is scant sign of this.

Rather, the White House has assumed an increasingly confrontational approach against China which has been hamstrung by domestic political pressures and an obsession with protectionism.

In hindsight, the Alaska summit was not just political theater, but an indication that things were not actually going to get better and the scope for improved relations is actually pretty limited. The presidency has adopted a nasty habit – as it also did with Russia – of announcing sanctions when approaching dialogue with these ‘adversarial’ states.

It did so in Alaska with Beijing, and essentially the entire summit was reduced to domestic political grandstanding. Reuters reports that America has yet more sanctions lined up over Hong Kong which predictably would have been announced before the Sherman-Yucheng meeting.

Herein lies the strategic flaw in Biden’s policy. Just like Trump, he is doing nothing to reassure Beijing of America’s intentions. Already he has provoked it over Taiwan by landing military planes on the island – blunders which his ‘Asia czar’ Kurt Campbell attempted to row back on. This is obviously a very big red line for Beijing. And over the past month, he has engaged in a growing spree of sanctions over Xinjiang including a demand for businesses to leave the supply chain altogether, issuing a proposed business advisory targeting Hong Kong – which according to the South China Morning Post “shocked” American business leaders – and confirmed sanctions on China’s solar panel industries motivated by protectionism.

In a nutshell, the more stable, rational competition promised by the White House is not happening at all, and Biden’s China policy is buckling under its own bulging inconsistencies and strategic miscalculations. It is essentially identical to the approach of Donald Trump and Mike Pompeo – if not quite so unhinged – and I’ve previously highlighted how this is alienating allies who do not agree with the sentiment to the same degree. An editorial by The Economist also recently shared this view, opening with the line, “Its protectionism and its us-or-them rhetoric will hurt America and put off allies.”

In this case, China has abruptly – but unsurprisingly – put its foot down on high-level dialogue with the US (but not its allies). Beijing does not want to provoke the US further or empower the worst China hawks, but it is increasingly making a rational calculation that, for the moment, an attempt to talk to the US is a waste of effort and even self-defeating.

The US has given no indication it is going to change its approach, and so distrust and strategic tensions in the relationship with China are continuing to grow. But the onus lies solely on Biden and his lack of spine in standing up to the destructive legacy of Trump, which he has embraced wholeheartedly. Has a Cold War been averted? Perhaps in the conventional understanding of it, but not in the light of America’s actions.