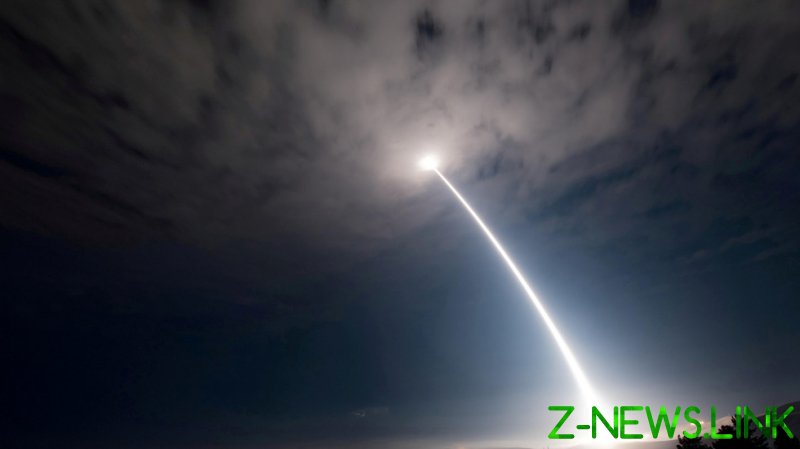 Scientists at the Pentagon’s DARPA research agency are apparently still trying to figure out how China’s hypersonic glide vehicle (HGV) – a type of nuclear-capable maneuverable spacecraft – was able to fire another missile mid-flight, according to a Financial Times report on Sunday.

Noting that no other country has demonstrated this capability, the paper reported that there was no consensus among military experts as to the purpose of the missile, which was directed into the South China Sea. Some apparently believe it was an air-to-air projectile, while others think it was a counter-measure against missile defense systems that would target the HGV.

Meanwhile, the US National Security Council said it was prepping to “defend and deter against a range of threats.” An unnamed spokesperson for the White House body told the paper that the advance should be “concerning… to all who seek peace and stability in the region and beyond.”

China has consistently denied reports about hypersonic weapons tests, maintaining that the July launch was a regular test of a reusable space vehicle. Chinese Embassy spokesperson Liu Pengyu told the Financial Times that it was “not aware” of the missile test.

After General Mark Milley, the chairman of the US joint chiefs of staff, described China’s weapons test as nearly a “Sputnik moment” last month, US officials have voiced public concerns about a capability gap between China and the US relating to hypersonic weapons. Over the weekend, a top US Space Force general warned that the country had some “catching up to do very quickly” with the Chinese and Russian hypersonic weapons programs.

Last month, a Russian submarine successfully test-fired the Zircon hypersonic missile – which is considered cutting-edge technology since the missile’s high speed and ability to change direction mid-flight makes it nearly impossible to track and intercept.