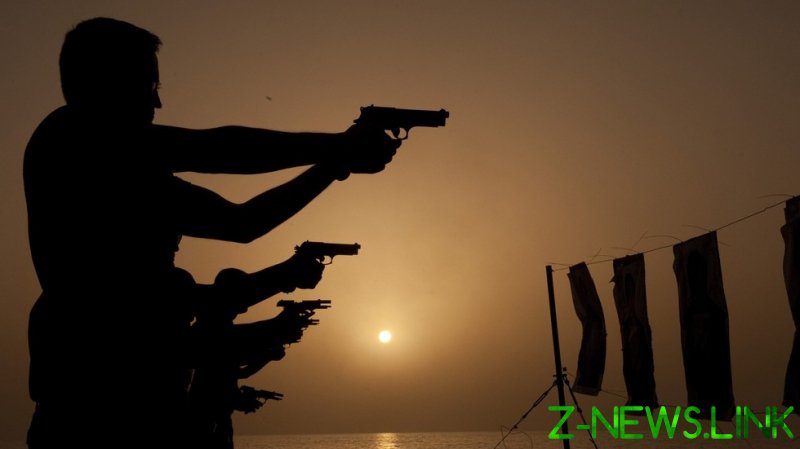 A Chinese organization has published a report slamming the United States as responsible for a “History of Humanitarian Disasters” citing what it described as “American aggression” and highlighting the destructive consequences of US-led wars, most often under the guise of “humanitarian interventions” or “human rights.”

The document by the China Society for Human Rights Studies (CSHRS) states that US conflicts have often caused total destruction of countries and claimed millions of civilian lives. It states that among 248 armed conflicts from 1945 to the present day, America had initiated 201 of them (81%) and branded its behaviour as “hegemonic.”

The report said that US action had “not only cost the belligerent parties a large number of military lives but also caused extremely serious civilian casualties and property damage, leading to horrific humanitarian disasters.”

The criticism is the latest salvo in an escalating geopolitical competition between China and the United States, which has seen Washington scold Beijing harshly in the language of human rights focusing most particularly on the Xinjiang autonomous region. China has responded to this by forcefully denouncing US foreign policy, highlighting American hypocrisy and the reality of what it does around the world. At the same time, Beijing aims to pitch its own version of “human rights,” based on more of an economic angle, as opposed to classical liberty.

In the modern world, the United States utilizes the rhetoric of human rights as a tool to achieving its foreign policy goals, which builds into its self-depiction of exceptionalism and seeks to frame its national interests and military activity as a ‘good vs. evil’ binary struggle.

It is also the product of an international system after World War II, where offensive warfare on explicit ‘self interest’ grounds violates national norms and therefore requires a moral justification to be waged. This has instrumentalized the concept of human rights as a “propaganda weapon” in order to legitimate what would otherwise be aggressive foreign policies, and to frame the US as constantly “under threat” by various enemies.

As a result, America selectively weaponizes human rights in order to discredit opponents and to exploit the consciousness of individuals so as to transform war from what is explicitly destructive and tragic, into something which otherwise appears just, necessary and heroic.

Once the Soviet Union fell in 1991 and the international system became ‘unipolar’, dominated completely by Washington, the politics of ‘humanitarian interventions’ became mainstream, whereby righteous Western countries ‘intervene’ in other nations to topple another government on behalf of the ‘human rights’ of their own population. There are a few notable examples of this, including Afghanistan, Iraq (multiple times), Libya, and Syria.

This is what China’s report strikes at. Although the US has intervened in many countries claiming to promote human rights, the outcome has often been the wholesale destruction or destabilization of these countries. The above Middle East examples stand out most prominently, because US or Western intervention in each case has in fact made the situation worse. The Taliban are still prominent in Afghanistan. The toppling of Saddam Hussein unleashed political instability through the rise of Al-Qaeda and ISIS, which killed many. The removal of Muammar Gaddafi produced a catastrophic civil war in Libya. And the people of Syria have faced prolonged conflict and sanctions in the bid to topple Bashar Assad.

It doesn’t end there. The US has actively supported Saudi Arabia and its allies in an indiscriminate carpet bombing of Yemen, which has killed thousands of civilians and spread disease and starvation. As the world has become more multipolar recently and outright interventions become more difficult, America has upped the use of crippling economic sanctions to try to besiege hostile countries into submission, including Venezuela, Iran and North Korea, all in the name of so called “human rights” or other geopolitical grievances.

It is no surprise that, given this extensive history, China sees the US complaints over Xinjiang as little more than opportunism, rather than a sincere concern for human rights – a bid to isolate the country, put others off engaging with Beijing, and of course build legitimacy for tough politics. How many westerners now want action against China because they believe there is a “genocide” going on? There has been a concerted campaign to push this by Washington and allies like Britain, but, as ever, the human rights that are emphasized are always selective.

As a result, China is increasingly shining a light on what it sees as catastrophic human rights violations by America, particularly abroad, and ironically in the name of human rights itself. The United States calls China an aggressor for defending its periphery from US militarization, so Beijing aptly points out that America is, by any measure, the most war-driven and belligerent country in history.

Its actions have habitually killed and induced suffering on millions, yet it does not seem to register with people fed a constant diet of propaganda by their governments and their complicit mainstream media. This new study “turns the world as we know it” on its head and looks at the facts. China’s the bad guy? The long and grim toll of the dead from America’s 201 military interventions since 1945 exposes the real culprit.