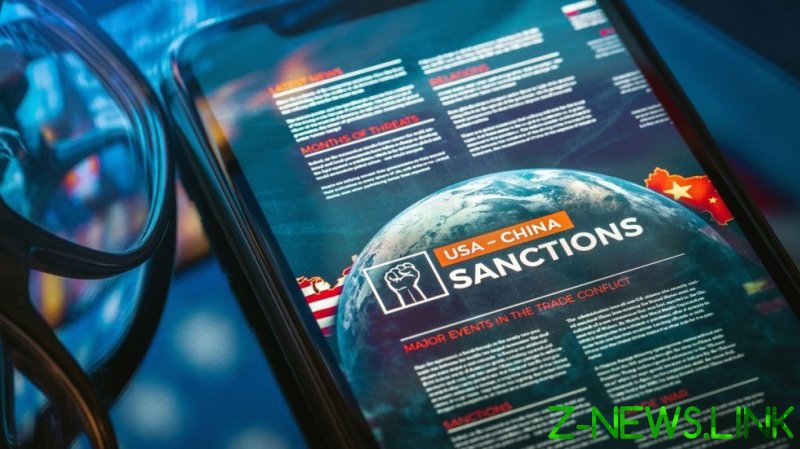 On Monday afternoon, China’s Ministry of Foreign Affairs announced that Beijing would be placing sanctions on a number of US firms and linked individuals over arms sales to Taiwan, with Washington having approved a record sale worth around $5 billion to the island the previous week.

The listed companies included Lockheed Martin, Boeing Defense and Raytheon, striking at the heart of what is often referred to as ‘America’s Military Industrial Complex’. However, what the specific measures mean, how they will be implemented and what their impact might be remains to be seen.

At first glance, these sanctions look symbolic; such military firms do not pursue business in China, and do not have market traction in America. One exception is Boeing’s civilian wing, which stated in an email it was still committed to the Chinese market.

On the other hand, this is not to say that such sanctions will not have strategic implications. First of all, China has an overwhelming dominance on the ‘rare earth’ materials required for US defence manufacturing, and should these sanctions really look to bite, they could have a major impact on the supply chain.

Secondly, even if the measures are only symbolic, it is nonetheless a warning shot from Beijing that it may retaliate further against US actions in the future.

What are ‘rare earths’? And why do they matter? The name refers to 17 elements which are used primarily in the manufacture of all kinds of items, including electronics, vehicles and of course military equipment.

Naturally, these resources form the bedrock of many supply chains around the world. China has a near total monopoly over this industry; a study found that the country “produced roughly 85 percent of the world’s rare earth oxides and approximately 90 percent of rare earth metals, alloys, and permanent magnets”. In 2018, up to 80 percent of America’s own rare earth imports came from China; Washington knows this and is scrambling for contingencies.

The strategic implications of this are quite clear; the US military relies deeply on materials imported from China to manufacture its equipment. If Beijing wanted, these sanctions could hammer the supply chains of the impacted firms.

However, whether Beijing will actually do that is a question of political will, given Washington would treat the move as a major escalation and retaliate harshly against Chinese firms such as Huawei. Such a move is clearly not a good idea, particularly in the run-up to an election, and would only be a last resort, perhaps in a war-like scenario. Given this, it may be more accurate to interpret the move as a ‘warning shot’ of what China may do – evidence that it is ready to get tougher on US firms.

A month ago, China released its own ‘entity list’ – an export blacklist which may prohibit exports or business with companies that are deemed a threat to national security, deliberately mirroring that used by the US Department of Commerce against Chinese companies. The aim is to leverage its own market against countries that discriminate against, or hurt the interests of, Chinese firms.

And this is where the blacklisting of Boeing Defense is significant. While the sanctions have carefully avoided the civilian branch of Boeing – which supplies commercial aircraft, and has huge business in China – it is nevertheless a clear red flag that the company isn’t untouchable. As Beijing seeks to develop its own commercial aircraft further, including the COMAC C919, it may become even more assertive.

Given all this, China’s sanctions against US defence firms are less a policy in practice as they are a pronouncement of things to come. While Beijing is not ready to take advantage of America’s dependency on rare earths yet, it is signalling clearly it is ready to take measures against US companies where it sees fit.

Taiwan, for one, is a huge red line for China’s government. As it illustrated with its military exercises, there has to be some demonstration of clear consequences for pushing against it, albeit without resorting to methods that could prove extremely destabilizing.

Beijing is developing a toolkit, and it wants us to know that it is ready to use it should it be absolutely necessary. These showcase sanctions have potential in multiple ways to have real teeth, and that’s what we need to be looking at.