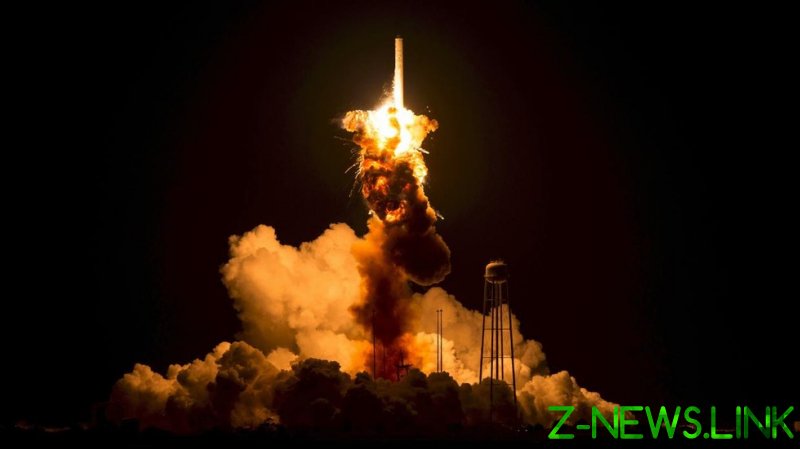 Over the weekend, a report appeared in the Financial Times – via a leak from an anonymous US official – which claimed that in August, China had tested a nuclear-capable hypersonic missile which had orbited the entire world.

The article described US intelligence as saying the test showed China had made “astounding” progress. A hypersonic missile differs from a ballistic missile in its ability to fly at lower orbit at a pace faster than the speed of sound, which current missile defence systems are not capable of accounting for. However, China itself had never announced this test, and nor did it comment on the reports.

The development comes following a number of hubristic articles claiming that Washington had the upper hand against China militarily thanks to the AUKUS deal with Australia and the UK.

For example, Minxin Pei had written on Bloomberg, AUKUS shows “China can’t win an arms race with the US.” On Foreign Affairs, Michael Beckley and Hal Brands had proclaimed “The End of China’s Rise.” Yet this development paints a different picture – one where Beijing’s military capabilities are continuing to grow at a pace beyond their expectations. One former Pentagon official Nicolas Chaillan has expressed his belief that China has already “won” the artificial intelligence race.

If the story about the hypersonic missile is true, it undoubtedly changes the military dynamic with China, and undermines the strategic assumption of the US and its allies that any conflict would be contained within China’s periphery in the Pacific and be solely a maritime exercise.

Not anymore, apparently. Such a missile would give Beijing the capability to strike practically anywhere in the world in a matter of hours – with a nuclear warhead, too, if it so desired.

While a nuclear war remains a non-starter for obvious reasons, this technological development nonetheless tips the balance of power in China’s favour for the time being. For example, in a maritime conflict in the South China Sea or related to Taiwan, non-nuclear hypersonic missiles could be used readily to sink allied fleets and US aircraft carriers attacking China’s periphery. At such close proximity, they would be sitting ducks. While the AUKUS nuclear-powered submarines have been heralded as a ‘game changer,’ they won’t be delivered until 2040.

On the other hand, it’s worth bearing in mind that this story originated as a leak from the US government, and it always has an agenda to promote. Leaks that highlight the capabilities of enemies, with a view to lobbying for more defence spending and funding, are an extremely common tactic employed within domestic politics. Fear sells. Indeed, one member of the RAND Corporation think tank called the missile development China’s “Sputnik moment.”

While it must be heartening for supporters of China to hear their country is making strides militarily, it is always worth remembering that the US always readily exaggerates the prowess of its rivals and whips up mass hysteria in order to mobilize itself accordingly, especially when the arms industry gets to profit from it.

It is always the case that it is going to say the enemy has the upper hand, even with smaller-scale opponents such as North Korea, because the goal is to compel America to act and mandate tougher policies. Nonetheless, it is factually true that China has hypersonic military capabilities and the US currently doesn’t. The intention is that the US invests in and builds a counter-capability for itself, and would you rule that out? Recently Russia and even North Korea have attained hypersonic capabilities, and it seems improbable, to say the least, that America could stay out of this game for long. This is an arms race.

But the bigger question is: how long does it last and who drops behind in the end? The USSR famously shot ahead of the US in many aspects of the space race and in nuclear weaponry, yet faded in the long run. What many people fail to take into account is that the Communist Party of China is not that of the Soviet Union and exists in far more favourable conditions. It has a vastly educated workforce spanning a huge population, an ever-expanding income to invest, world class universities and more.

It is illogical for some to have assumed that AUKUS was an ‘endgame’ whereby China would be unable to catch up with the US and its allies. While this new story is partially agenda-motivated hysteria – and serves a specific purpose – it does reflect the fact that China’s military capabilities will continue to expand relentlessly and advance into new fields of technology.

As even The Telegraph was forced to admit, in terms of tonnage, China is churning out the equivalent of one British Royal Navy every four years. It is even creating armed drone ships, whilst its third aircraft carrier is well under way.

So, in some ways, China’s hypersonic missile test is a rude awakening, even if it has been deliberately leaked by the US government. Washington has now committed itself to a long arms struggle with Beijing for dominance over the Asia-Pacific region and in its hubris, might have underestimated what China is truly capable of in the long run.

Think the balance of power has shifted against Beijing? Think again.