Home / WORLD / China’s economy predicted to outgrow US’ by 2028 – ironically, Trump’s trade war & Covid response only speed that process up

China’s economy predicted to outgrow US’ by 2028 – ironically, Trump’s trade war & Covid response only speed that process up 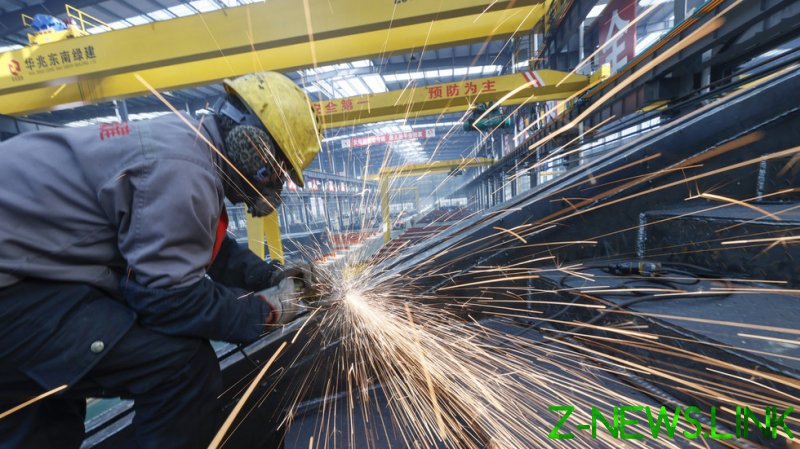 A recent study by a Britishthink tank, the Centre for Economics and Business Research (CEBR), states that China will surpass the US to become the world’s largest economy by 2028.

The report, not the only one of its kind making this forecast, had revised its projection forwards by five years, attributing the Covid-19 pandemic as a gamechanger which will take its toll on US growth in the long term.

This comes amid Donal Trump’s attempt to solidify an aggressive legacy against Beijing, having sought to forcefully contain its rise and sustain American primacy, applying punitive measures in trade and technology.

However, Trump’s efforts might just be too little, too late. Whilst China is choosing to avoid being complacent, with a Global Times editorial seeking to play down the significance of the CEBR report, there seems to be little question it will reach this landmark. China is expected to achieve a mammoth growth of 8.2 percent next year on top of an already positive GDP tier this year, whilst the US and many western countries recover from severe slumps. If anything, Trump has ultimately contributed to this shift rather than having had any meaningful success in trying to stop it. The President’s forfeiting of the Covid-19 pandemic will pose lasting damage to America, and this might explain the hyper aggression towards China that has dictated US foreign policy over the past few months.

In all its contemporary history, the US had not yet faced an adversary that was capable of outclassing it in terms of economic and military capabilities. The story of America’s rise throughout the 19th and 20th centuries has seen them defeat and outlast a number of rivals, including a once more dominant Mexico, the German Empire and later Nazi Germany, the Soviet Union, the Empire of Japan and, of course, the European colonial empires of France and Britain.

Indeed, since the 1920s the US has stood as the world’s largest economy and by extension, military power. Despite the flames of American McCarthyism spreading fear, at an economic level the US and the USSR didn’t really compete in the same league during the Cold War: the Soviet Union produced barely half of America’s Gross Domestic Product at its finale in 1991.

However, the rise of China stands as a gamechanger, as it’s the first country in history that is set to not only outgrow the US but, according to the CEBR report, to quickly leave them behind, too. Whilst the average per-capita income in China still lags well behind that of the US, the prospect of it being larger is daunting enough and, not surprisingly, has set off the alarm bells in Washington.

The Donald Trump administration transformed America’s foreign policy from cooperation to confrontation against Beijing, seeking to attack it on a number of fronts including trade, technology and investment. Yet, as his tenure comes to an end, it appears ultimately that China is closer to its goal of overtaking the US economy, than further away from it. How so?

The answer is Covid-19. The global pandemic has been an explosive turning point which has decimated the economies of western countries whilst China itself has come out intact, much to the resentment of many. But, rather than scapegoating Beijing for the virus, it is Trump’s own response to this crisis that has served as a self-fulfilling prophecy, with the President having long-since given up on trying to combat the virus, allowing the situation to spiral out of control. Although vaccinations have started, America is not out of the woods yet, with over 200,000 positive cases racking up every day and over 330,000 people now dead. The impact on the American economy subsequently has been harrowing, with renewed state lockdowns and curfews sapping away the recovery. As the CEBR report notes, US growth in the coming years will simply be no match for China’s.

Not surprisingly, this scenario is likely the logic which has driven the administration’s decision to pursue a hyper-aggressive, Cold War-like approach to Beijing, and to force through as many measures against it as possible before it leaves office, all geared at attempting to lockstep American hegemony. These tactics are not an affirmation of victory or confidence, but a sense of and urgency concerning a contest it is not guaranteed to win. Yet, there is a feeling of too little, too late. US actions aside, with China being the only stable market in the world in 2020, inbound foreign investment is at record levels; thus, despite all the fiery rhetoric, they are already swimming against a shifting tide.

In this case, Trump himself departs as a disruptive influence to US-China ties, but nonetheless a factor which has ultimately contributed to the shift in the balance of power in Beijing’s favour, then to their detriment.

2020 will be looked-back-on in history books as one of those crucial years which set the stage for everything to change, in the same way 1914, 1939, 1945 and 1991 did, with the Covid-19 pandemic not only imposing drastic changes in how the world lives, but also shifting geopolitical tectonics from East to West. Whilst a lot can change in eight years, it is difficult to imagine China not reaching such a goal. Time isn’t on America’s side.