Home / WORLD / China’s combative ‘Wolf Warrior’ diplomats are like Simba from ‘The Lion King’ after he grew up, says FM spokesperson

China’s combative ‘Wolf Warrior’ diplomats are like Simba from ‘The Lion King’ after he grew up, says FM spokesperson 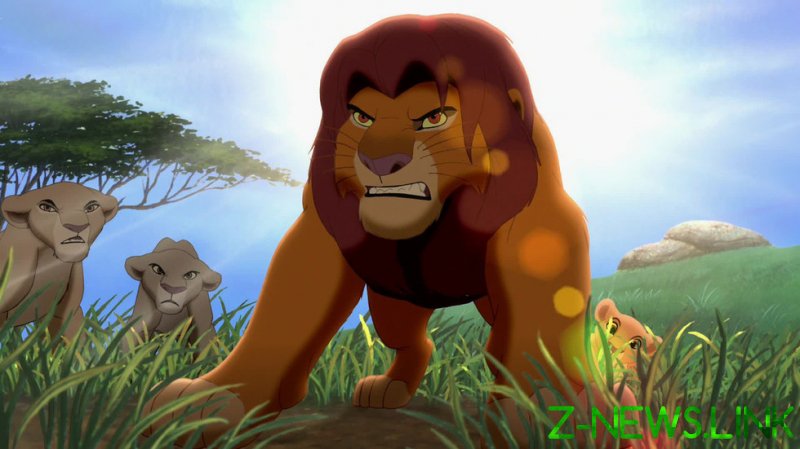 Hua Chunying, a spokesperson for the Chinese Foreign Ministry, made a number of movie references when responding to a question arising from a German article about “Wolf Warrior diplomacy” on Thursday.

Speaking during the daily conference, she wondered what people who were unhappy with China’s new approach would think of Disney’s classic animation, ‘The Lion King’.

“I wonder how they would appraise that cute little lion, who, under all sorts of suspicion, censure and attack, grew up and matured into Simba,” said the spokesperson.

“Do we really expect that when people ruthlessly and baselessly attack China in words and writing like wolves and tigers, China can only act as a silent lamb? When it comes to defending international fairness and justice, what’s wrong with being a Wolf Warrior?” she asked.

Hua was commenting on an article in Germany’s Tagesspiegel newspaper regarding the phenomenon of ‘Wolf Warrior’ diplomacy. The term is used in China to describe a new method of diplomatic communications, especially on social media, that does not shy away from confrontational and nationalistic language. Traditional Chinese diplomatic language tended to be bland, steering away from controversy and stressing internationalism.

The movie reference that Hua offered is probably fitting, considering that the term itself is based on a movie. ‘Wolf Warriors 2’ is a 2017 Chinese action-packed patriotic hit about an ex-commando sniper who becomes a private security contractor and fights against a Western mercenary company during a coup attempt in an African country.

The latest high-profile example of Wolf Warrior diplomacy came from its flagbearer, Foreign Ministry spokesman Zhao Lijian, who criticized alleged Australian war crimes in Afghanistan. Last week, the official posted an image of an Australian special operations soldier slitting the throat of an Afghan child – a reference to a real incident mentioned in an explosive report released by the Australian government. The tweet caused outrage in Canberra, with Prime Minister Scott Morrison demanding an apology for “a false image, and a terrible slur” on the Australian military.

The picture was created as a political commentary by a Chinese digital art author, Fu Yu, who calls himself a “Wolf Warrior artist.” His response was yet another caricature mocking Morrison. Chinese fans of his work joked that, unlike the Australian PM, Adolf Hitler never demanded an apology from Picasso for painting ‘Guernica’ in reaction to the Nazi-assisted bombing of the Basque city by General Franco during the Spanish Civil War.

Wolf Warrior diplomacy has been gaining pace this year amid attacks against China by the Trump administration. Washington tried to stick Beijing with a bill for economic damage caused by the Covid-19 pandemic, labeling the infection the “Wuhan virus” after the Chinese city that was worst hit by the disease. A theory that the virus was released from a lab in Wuhan was peddled by some top US officials, including Secretary of State Mike Pompeo. He was one of the prime targets for China’s Wolf Warrior diplomats.