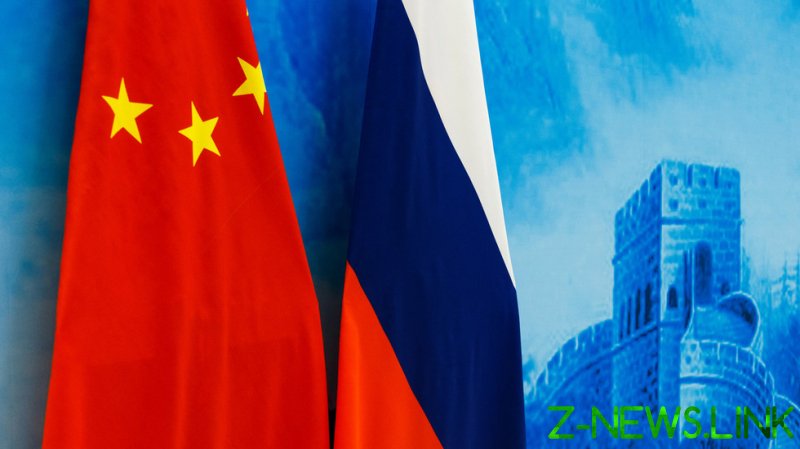 Speaking to journalists on Monday, Chinese Foreign Ministry spokesman Wang Wenbin said his government was “strongly opposed to the use of unilateral sanctions” and would work with its allies to reduce their impact.

According to Wang, who previously served in a series of diplomatic missions, Washington’s new measures against Moscow are a sign of hostile American foreign policy. “The one-sided US sanctions are a manifestation of their hegemonic worldview,” he claimed. “They have to be protested.” He insisted Washington would be better served by settling differences “on an equal basis and [abiding by] principles of mutual respect.”

Earlier this month, US President Joe Biden signed a decree authorizing a series of restrictive measures against Russian companies and officials. The move also barred American financial institutions from directly buying shares in the country’s sovereign debt, used by governments across the world to prop up their economies. At the same time, the White House also moved to expel nearly a dozen of Moscow’s diplomats.

White House National Security Advisor Jake Sullivan said the package was made up of “proportionate measures to defend American interests in response to harmful Russia actions, including cyber intrusions and election interference.”

The Kremlin has said it is still considering its response, with President Vladimir Putin’s spokesman, Dmitry Peskov, saying “the principle of reciprocity in this matter hasn’t been canceled.” He implied that Moscow could soon put in place its own measures against the US, but cautioned that “everything now depends on the decision taken by the head of state,” and that no approach had yet been agreed.

He added that, despite the sanctions, “macroeconomic stability is fully ensured,” and that “the efficiency of our economic bloc is recognized internationally. We have no reason to doubt this state of affairs.”

Russia and China had made a series of commitments to economic partnership in the weeks leading up to the sanctions. As part of a visit to the East Asian country in March, Moscow’s most senior diplomat, Sergey Lavrov, warned his hosts that “the United States has declared its mission is to limit the technological development opportunities of both the Russian Federation and the People’s Republic of China.”

The response to this, he claimed, should be to de-prioritize the use of American financial systems, by “switching to settlements in national currencies and in world currencies as an alternative to the dollar.” Lavrov added that “we need to move away from the use of Western-controlled international payment mechanisms.”