Home / Science and technology / China will create its counterpart Hyperloop

China will create its counterpart Hyperloop 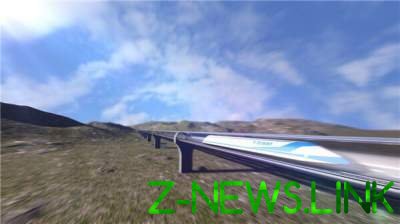 The people of China will be able to see the incredibly fast train in their country.

The Chinese have decided not to lag behind colleagues from other countries and announced the construction of its own line Hyperloop. According to information obtained by the correspondent of China Daily, building their own transport system of a new type will take the Corporation CASIC (China Aerospace Science and Industry Corp), which has already started to develop the project and currently preparing the necessary documentation.

CASIC aerospace Corporation became the third company in the world, announced its plans to build a Hyperloop, and would develop its own vacuum train regardless of two American competitors. While information about the future project, almost there, but the CASIC engineers have considerable experience in the aerospace, aviation and other projects. This, according to representatives of the company should help them to cope with the task.

Hyperloop, created by a Chinese Corporation, would constitute a line of vacuum tunnels on the surface and under the ground. It is planned that passenger and cargo capsule will move inside the pipe with speed of up to 1000 kilometers per hour.