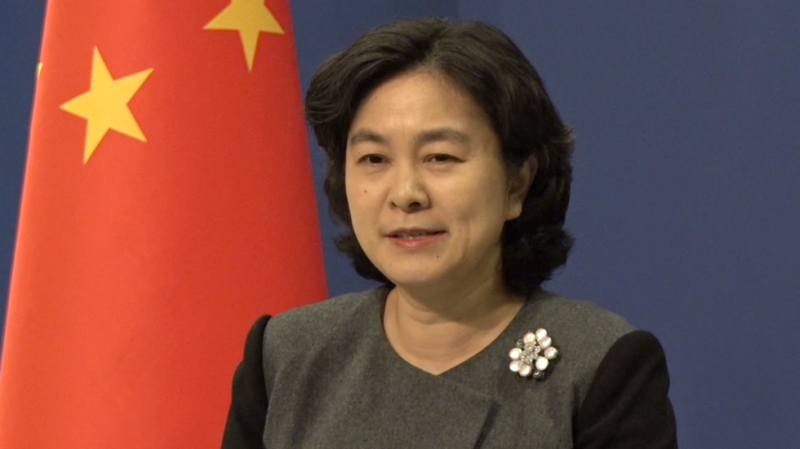 The Chinese Foreign Ministry has accused US lawmakers of using human rights as a “pretext” for imposing new anti-Russia measures that undermine recent negotiations between the Kremlin and Washington.

Speaking on Monday, the Chinese Foreign Ministry’s spokeswoman said that “China is strongly against Washington applying unilateral sanctions under the pretext of protecting human rights,” while also stating that the US itself often “violates the provisions of the UN Charter and acts contrary to generally accepted norms of international law.”

Hua Chunying added that the sanctions – which still need to be approved by the Senate before they come into effect – are not only opposed by China and Russia, but also “by a growing number of countries.”

The move to back Moscow and publicly call out Washington comes only days after the Kremlin’s own press secretary labelled the new proposed measures a betrayal of progress made between the two nations during negotiations earlier this year. Dmitry Peskov said that the proposals “would significantly undermine the spirit of Geneva,” referring to the Putin-Biden summit in the Swiss city back in July.

Other initiatives have been put forward in order to punish the Kremlin for allegedly interfering in US elections, such as extending bond-trading curbs on the secondary market and prohibiting Americans from purchasing and/or selling Russian sovereign debt securities.

Despite Peskov acknowledging that the new legislation has a “long path” to travel before coming into action and the suggested debt provisions are but an “internal parliamentary exercise,” this new wave of restrictions could undo the previous attempts to build a more amicable rapport between the two nations, untarnished by reoccurring sanctions.