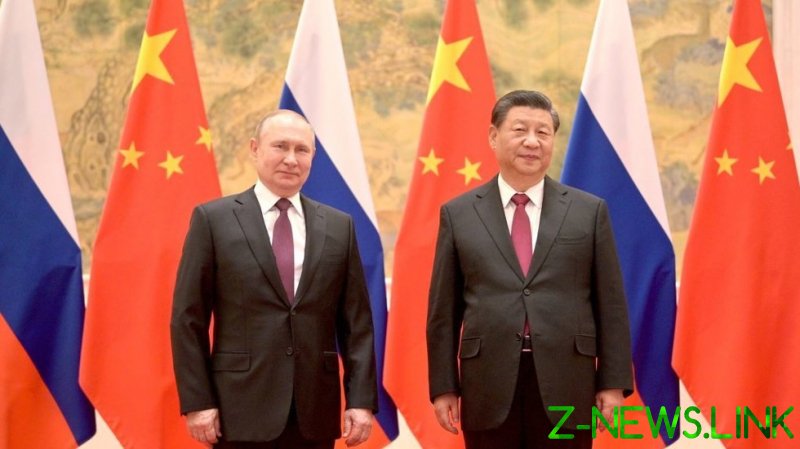 Chinese leaders have brushed back pressure from the EU to take an anti-Russia stance in the Ukraine conflict, warning that cooperation between Beijing and Brussels is needed to prevent long-term damage to the global economy.

Speaking by videoconference on Friday in a summit meeting with EU leaders, Chinese President Xi Jinping reportedly said it could take years or even decades for the global economy to recover from the consequences of the Russia-Ukraine war. He noted that the Ukraine crisis has come amid the Covid-19 pandemic and a “faltering global recovery.”

“Against such a backdrop, China and the EU – as two major forces, big markets and great civilizations – should increase communication on their relations and on major issues concerning global peace and development, and play a constructive role in adding stabilizing factors to a turbulent world,” Xi said in a statement.

European Council President Charles Michel and European Commission President Ursula von der Leyen pressed Xi and Chinese Premier Li Keqiang for assurances that Beijing would take a tougher stance against Moscow. Von der Leyen demanded that China, at the very least, “do everything not to interfere” with Western sanctions against Russia. She warned that China would suffer “major reputational damage” if it helped Russia evade sanctions or otherwise enabled Moscow to wage war.

“The business sector is watching very closely the events and evaluating how countries are positioning themselves,” von der Leyen said. “This is a question of trust, of reliability and, of course, of decisions on long-term investments.” EU officials noted that China’s trade with Russia is dwarfed by its trade with EU member states and the US.

Li insisted that China would help push for an end to the Ukraine crisis “in its own way.” He added that Beijing had an independent foreign policy that included promoting peace, respecting the territorial integrity of all nations, and settling conflict through dialogue and negotiation.

Xi argued that tensions in Ukraine have built up over a period of decades, and resolving the conflict would require addressing the security concerns of all parties involved. Chinese officials have spoken out against anti-Russia sanctions and blamed the US and its NATO allies for instigating the conflict by expanding eastward. On Friday, Chinese Foreign Ministry spokesman Zhao Lijian told reporters that NATO should have been disbanded following the breakup of the Soviet Union three decades ago.

“Neither the world nor Europe needs a new Cold War,” Zhao said. “The Ukraine crisis has dragged on for more than one month, and the overwhelming majority of the international community hopes to promote peace talks and stop hostilities as soon as possible. NATO should reflect on what role it played in the European security issue and the Ukraine crisis.”

Xi called on the EU to form its own perception of China and adopt an independent policy toward Beijing. Zhao said Washington was the “leading instigator” of the Ukraine crisis, having led NATO in five rounds of eastward expansion since 1999. “Forcing others to take a side is ill-advised,” he added. “Adopting a black-and-white approach to divide others into friends or foes is unwise.”