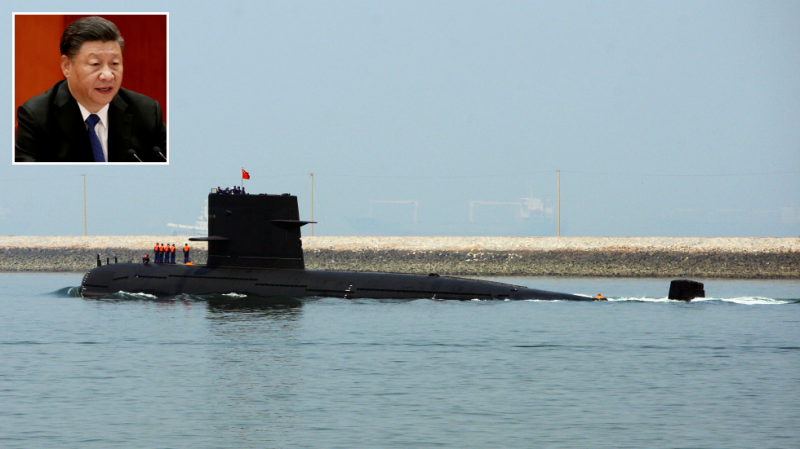 In a pre-recorded video address on Thursday to a CEO summit on the fringes of the Asia-Pacific Economic Cooperation, Xi warned that “attempts to draw ideological lines or form small circles on geopolitical grounds are bound to fail.”

The Asia-Pacific region cannot and should not relapse into the confrontation and division of the Cold War era.

Xi also said that regional powers needed to come together to fight the pandemic and emerge from its shadows, and stressed the importance of economic recovery.

His remarks come amid heightened tensions with Washington. A visit earlier this week by a US delegation to Taiwan, which Beijing views as an integral part of its territory, prompted China to warn the White House that it was “playing with fire” by “colluding” with Taipei’s pro-independence forces.

China’s military have conducted  in the Taiwan Strait as a response to the “seriously wrong words and deeds of relevant countries” with regard to the Taiwan issue, a military spokesman revealed.

A trilateral submarine deal announced in September between the US, UK, and Australia, under which Canberra will be armed with its own nuclear-capable but conventionally armed vessels, raised alarm in Beijing, with the alliance appearing to be ranked against China.

Similar remarks were made by the Chinese Embassy in Washington, which implored London, Washington, and Canberra to “shake off their Cold-War mentality and ideological prejudice.”