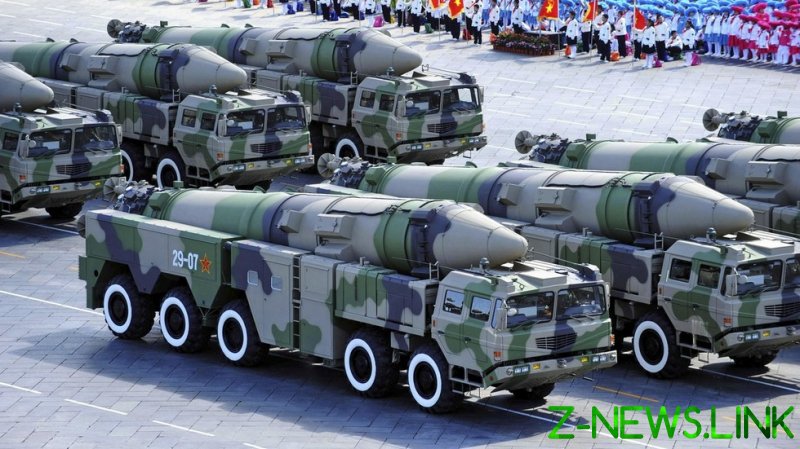 The large-scale military drills Beijing launched around Taiwan in response to US House Speaker Nancy Pelosi’s visit to the island involve the “use of advanced weapons,” including China’s state-of-the-art hypersonic DF-17 missiles, China’s Global Times newspaper reported on Wednesday.

Global Times called the drills “unprecedented,” adding that Chinese missiles were expected to “fly over the island of Taiwan for the first time.” People’s Liberation Army (PLA) forces are also expected to enter the area within 12 nautical miles of the island, and could potentially surround the island “entirely,” it added, citing military “experts.”

The Chinese Armed Forces Eastern Theater Command said on Wednesday that the forces involved in the exercise conducted “realistic combat-oriented” drills to the north, southwest and southeast of the island.

The drills are expected to run at least until Sunday noon, Xinhua News Agency reported on Tuesday evening, adding that they will involve “live-fire drills in six large maritime areas and their air space surrounding the island of Taiwan.” 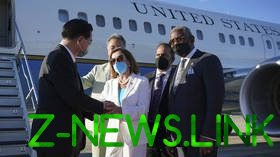 The DF-17 missiles mentioned by Global Times on Wednesday were first publicly demonstrated in action by the Chinese military on July 31, 2022. At that time, an official video celebrating the 95th anniversary of the PLA’s founding featured a launch of what the Chinese media described as a missile resembling the “aircraft carrier killer.”

DF-17, which stands for Dongfeng (East Wind), is said to be using a hypersonic glider as its warhead, which flies five times faster than the speed of sound and has “unpredictable trajectory.” According to Global Times, the missile is particularly good at hitting “slowly moving targets” like aircraft carriers.

The news comes as tensions around Taiwan are running high. On Tuesday, Pelosi visited the island that Beijing considers part of China’s sovereign territory. The House speaker, who is the third in line to the US presidency, has become the highest-ranking American official to do so since 1997. China previously repeatedly protested the move, calling it a provocation. 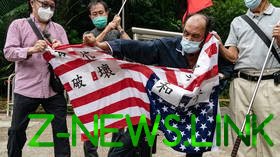 Beijing reacted to the trip by launching military exercises around Taiwan and warning the US that Pelosi’s visit would have “severe impact” on bilateral relations between Beijing and Washington.

Since 1949, Taiwan has been governed by nationalists defeated in the Chinese civil war, who evacuated from the mainland with US help. The government in Taipei calls itself the Republic of China (ROC) and never officially declared independence. Washington maintains close unofficial ties with the island and sells weapons to Taipei, despite officially recognizing Beijing as the sole legitimate authority in China.