China slams Western double standards over rocket debris and NASA criticism, with reminder about SpaceX rocket that fell on farm 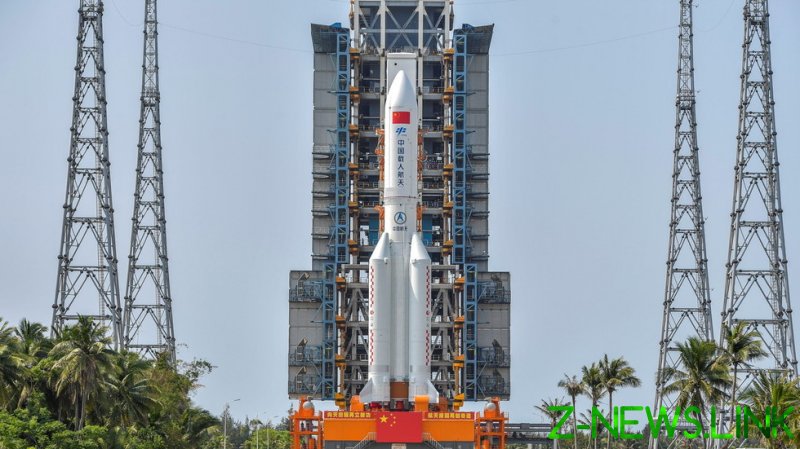 The spokeswoman said that Beijing is displeased by the double standards on the reporting of space exploration, noting the hysteria around the potential harm caused by the re-entry of China’s Long March 5B rocket over the weekend.

“I also want to say that some American media and some people obviously have double standards on this issue. We may all remember that, in March of this year, when a rocket in the US fell on a farm, American media used romantic words like ‘shooting stars across to light up the night sky’ and ‘dazzling light show,’” she stated.

In late March, a pressure vessel from a SpaceX Falcon 9 rocket fell on a man’s farm in Washington state, causing a “four-inch dent in the soil.”

Hua went on to highlight what she described as “exaggerations” made by the US and its western counterparts in the past few days concerning the re-entry of a Chinese rocket into Earth’s atmosphere. She stated that the rocket had caused no harm during re-entry.

The spokeswoman’s comments on Monday come after Bill Nelson, NASA’s administrator, said that it was “critical” for China and other countries to respect its duty to look after outer-space. “It is clear that China is failing to meet responsible standards regarding their space debris,” he noted.

Hua said that China has always conducted its activities in outer space in accordance with international law and practices and added it was willing to take part in wider international exchanges and cooperation on the issue of space debris.

On Sunday, the Chinese space engineering agency said that the Long March 5B rocket, which had fascinated Western media, had re-entered Earth’s atmosphere over the Indian Ocean and burned up, causing no harm to life.

Beijing had been saying that its rocket was made of material designed to disintegrate on re-entry, as Western media seemed to focus on hyping up the alleged danger of the rocket potentially hitting people.