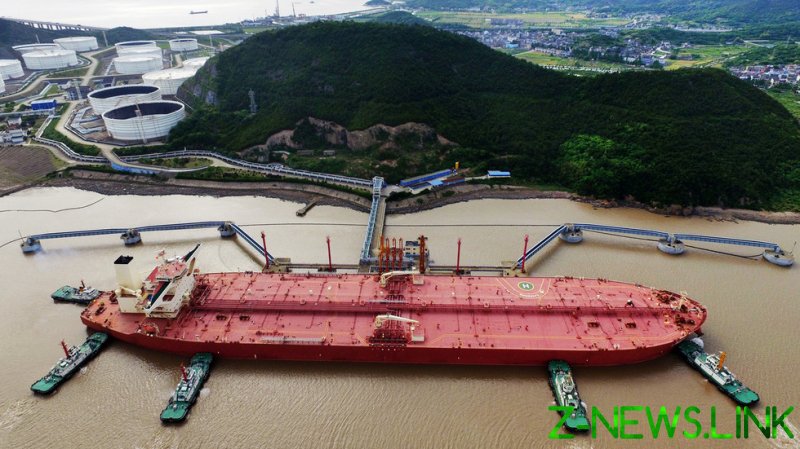 That would be almost half the amount Saudi Arabia exports to China.

An earlier report by Reuters from the beginning of the month said that China was buying record-high volumes of Iranian crude in anticipation of the Biden Administration lifting sanctions on Tehran. Even India, the report said, started planning for Iranian oil purchases.

Later in March, Washington warned China to stop buying oil from Iran, according to a senior administration official.

“We’ve told the Chinese that we will continue to enforce our sanctions,” the unnamed official told the FT. “There will be no tacit green light.”

The Trump-era sanctions may be waived if Iran and the US make it to the negotiation table, but that still remains uncertain.

“Ultimately, our goal is not to enforce the sanctions; it is to get to the point where we lift sanctions and Iran reverses its nuclear steps,” the official told the FT.

Meanwhile, China is stocking up on cheap Iranian crude, most recently securing long-term supply with a deal worth $400 billion, under which China will invest heavily in various sectors of the Iranian economy over the next 25 years and will in exchange receive access to a steady flow of cheap oil.

Currently, Iran is masking the crude it sells to China as originating from other countries to avoid US sanctions. It is also undermining the efforts of its fellow members to keep prices stronger.

“The recent jump in Iranian crude exports, notably to China, and crude going out of inventories are contributing to the weakness of the oil market, undermining OPEC+ efforts to limit supply and setting prices for a third weekly drop,” Rystad Energy said, as quoted by Reuters.