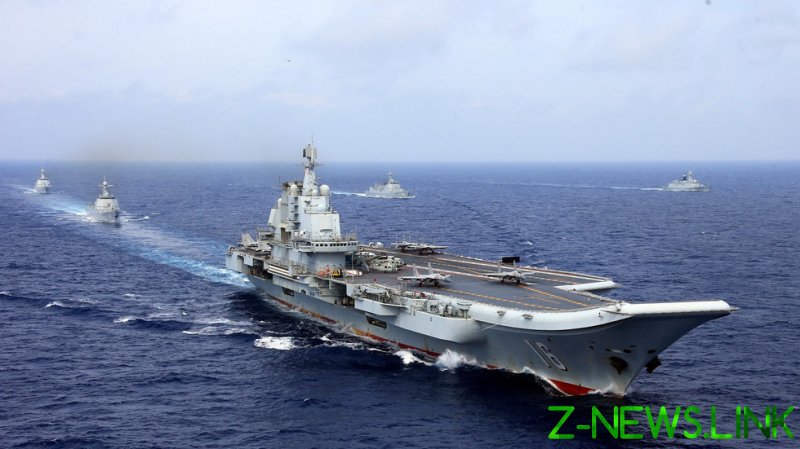 On Monday morning, China announced it sent an aircraft carrier group through a location known as the Miyako Strait, an island chain which bridges the gap between the Pacific Ocean and the East China Sea. The area largely consists of Japanese waters and has several strategic islands such as Okinawa, the disputed territory of the Diaoyu/Senkaku Islands, and bridging down to Taiwan itself. As Beijing sent the Liaoning steaming through this location, Tokyo sent a destroyer to monitor it. The Global Times later posted a triumphant article stating that China intends to do more of these exercises, and that its naval capabilities will only continue to grow.

Military tensions between China and Japan are not new, and anyone with even the most basic knowledge of Asia will be aware that it has a long history. Whilst there have been lots of mini standoffs with coastguard boats around the disputed islands recently, the move of sending an entire aircraft carrier group up near Japanese waters is in fact new and raises the stakes dramatically. Beijing wants to send a strong message to Tokyo, which has recently affirmed its alliance with the United States under Biden and publicly pledged to involve itself, albeit ambiguously, in any Taiwan contingency, with its prime minister also set to visit Washington soon. As a result, China is flexing its muscles in this strategic area. There’s more to come.

Japan and China both have eyes on the Miyako Strait and the Ryukyu island chain as a strategically essential location. It forms a broader segment of regional geography known as ‘the first island chain’ – stretching all the way from Russia’s Far East, incorporating Japan itself, Okinawa, the island of Taiwan, and down into the South China Sea. The key point is that it completely surrounds China’s naval periphery. Therefore, whoever dominates this area has the advantage in any conflict involving Beijing. China sees naval and air superiority over this space as essential to its own national security and likewise does Tokyo, which believes that losing parity over this region means Japan in its entirety becomes vulnerable to Chinese naval hegemony.

For Tokyo, balancing against Chinese power means the island of Taiwan becomes an essential chess piece. If China was to gain control over Taiwan, then Beijing subsequently gains a monopoly of the entire strait itself and the encirclement of Japan is complete. This has led Tokyo to strengthen its alliance with the United States and the Quad initiative countries in order to push back, producing the rare affirmation that the US and Japan ought to work together in a Taiwan war. In America’s own war planning for this region, as revealed in recently declassified documents from the Trump administration, Washington’s goal is to try and prevent China from dominating the first island chain outright, and to maintain supremacy over the second in the wider Pacific. Japan is obviously a key partner for this.

These developments have produced a furious reaction by Beijing, which sees it as part of an effort to try and encircle it. The end result is that now China is more willing to leverage its military power in order to push back against Japan and the United States. First of all, this has involved an increasing number of military exercises around the island of Taiwan itself, but secondly, an increased naval presence, too, with China having expanded its coastguard jurisdiction in February, permitting them to fire upon foreign vessels with an ambiguous definition of what constitutes China’s own waters, thus including the South and East China Seas. Not long after that law was passed, China’s own coastguard vessels immediately set out to press against Japan’s island claims. The sending of an aircraft carrier group on Monday is merely the latest, most logical step.

Inevitably, this situation means China and Japan’s relations are going to be tense throughout this year. Whilst the two countries are vastly economically integrated and interdependent upon one another, leading them in some way to ‘tiptoe’ when it comes to sensitivities, nonetheless, these military boiling points continue to bubble in the background. Tokyo and Beijing enjoy each other’s money, but they are nonetheless engaged in a very clear strategic competition concerning who militarily dominates the islands and the waters around one another. As Beijing seeks to create a secure presence around itself, close in on the Taiwan problem and aspires to outgun the United States, Japan ultimately has to live with being on the doorstep of it all and navigate these troubled waters.