Home / WORLD / China scoffs at G7’s ‘international system’, says days when world was controlled by a ‘small group’ are over

China scoffs at G7’s ‘international system’, says days when world was controlled by a ‘small group’ are over 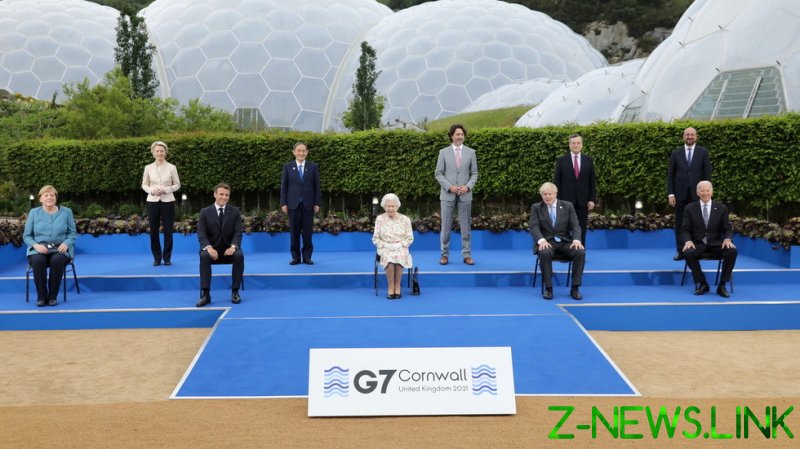 Washington has described the Group of Seven summit in Cornwall, southwestern England, as an opportunity to reinforce the so-called “rules-based international system” – an assertion that China disputes.

“We always believe that countries, big or small, strong or weak, poor or rich, are equals, and that world affairs should be handled through consultation by all countries. The days when global decisions were dictated by a small group of countries are long gone,” a spokesman for the Chinese Embassy in London said on Saturday in response to the rhetoric coming from Cornwall.

The embassy noted that the only legitimate global “order” is based on UN-backed international law, and not the “so-called system and order advocated by a handful of countries.” Beijing supports “genuine multilateralism” based on the principles of equal treatment and cooperation, and rejects the “pseudo-multilateralism” which only serves the interests of a “small clique,” the spokesperson added.

The group of wealthy democracies have used the summit to target Chinese economic initiatives. On Saturday, the allies unveiled an infrastructure project, called “Build Back Better for the World,” which aims to compete with Beijing’s trillion-dollar Belt and Road transportation network. The group also discussed how it could reduce economic dependency on Beijing.

China has accused Washington of “fanning confrontation” by trying to rally G7 nations to form a united front against Beijing.

Attempts to “gang up” on Beijing will fail, the country’s Foreign Ministry said on Thursday, calling for a more “objective and rational” approach to international relations.

China has long maintained that Washington’s influence over global affairs is waning. China’s state-funded Global Times argued in an op-ed earlier this month that the world’s “economic and political center of gravity has shifted eastward,” noting that even European allies are gradually turning away from the US’ uncompromising stance on Beijing.