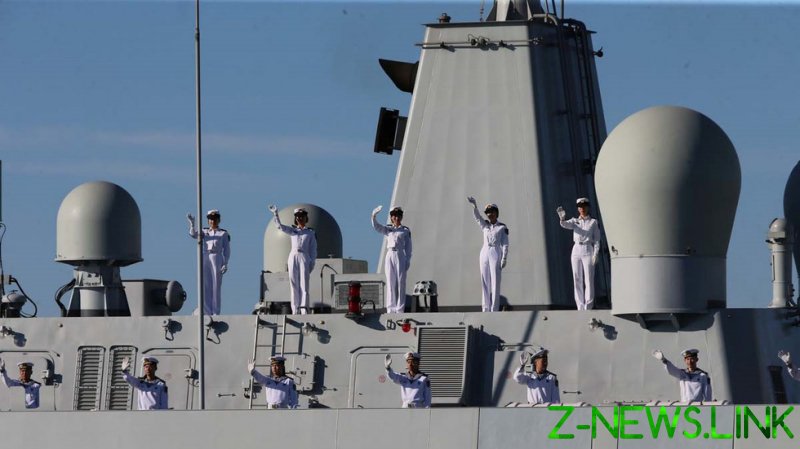 The USS John S. McCain and USS Curtis Wilbur conducted a “routine Taiwan Strait transit” on December 31, the US Navy said in a statement, claiming the exercise complied with international law.

But the drill was met with fury from Beijing, with Chinese Foreign Ministry Spokesperson Wang Wenbin saying during a regular news briefing: “US warships have repeatedly flaunted their prowess in the Taiwan Strait, provoked and stirred up trouble.”

He accused the US of “sending the wrong signals” to Taiwan independence forces and “seriously jeopardizing peace,” adding that China would remain on high alert, “ready to respond to all threats and provocations.”

His words come after Beijing condemned US laws in support of Tibet and Taiwan on Monday, as well as the US Embassy’s call for the release of 12 Hong Kong activists, who were detained by the Chinese authorities as they tried to escape to Taiwan.

Less than two weeks ago, Beijing sent its Shandong aircraft carrier through the Taiwan Strait, escorted by six warships and eight aircraft, in an apparent response to movements by US Navy destroyer the USS Mustin, which had sailed through the waterway a day earlier.

The US previously drew the ire of China by selling fighter jets and anti-ship missiles to island nation Taiwan, which Beijing views as Chinese territory that will one day rejoin the mainland.

Taiwan is among a number of flashpoints which have seen tensions ramped up between the US and China under the Trump administration, while the two nations have also sparred over trade issues, accusations of human rights abuse, and the Covid-19 pandemic.