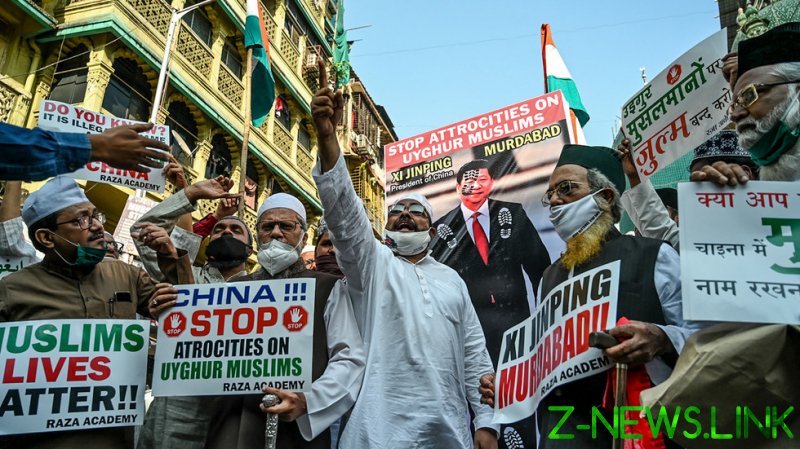 In a statement, China’s foreign ministry warned the UK to not “go further down the wrong path” or risk facing more retaliatory actions from Beijing’s government.

All individuals and entities named by China’s Foreign Ministry, as well as their family members, are banned from entering mainland China, Hong Kong, and Macau, with Chinese nations and institutions now prohibited from working with them.

One of the groups impacted by the sanctions, the CPHRC, mockingly responded to the announcement of the restrictions, saying it was “honoured to have been sanctioned by the Chinese Communist Party regime, in recognition of its tireless work documenting the horrific human rights crisis in China.”

The sanctions follow a decision earlier this week from Canada, the EU, the UK, and the US to freeze assets and impose travel bans on Chinese officials, both in government and in Xinjiang.

Western nations and international bodies such as the UN have accused China of “gross human rights violations” against Uighur Muslims. Beijing has strongly denied the allegations.

The two sides have been at an impasse over a visit to the region, with China initially inviting concerned parties to see for themselves the situation in Xinjiang. However, the EU and the UN have not yet taken a trip to the area, citing claims that China is trying to limit who and what they can see.