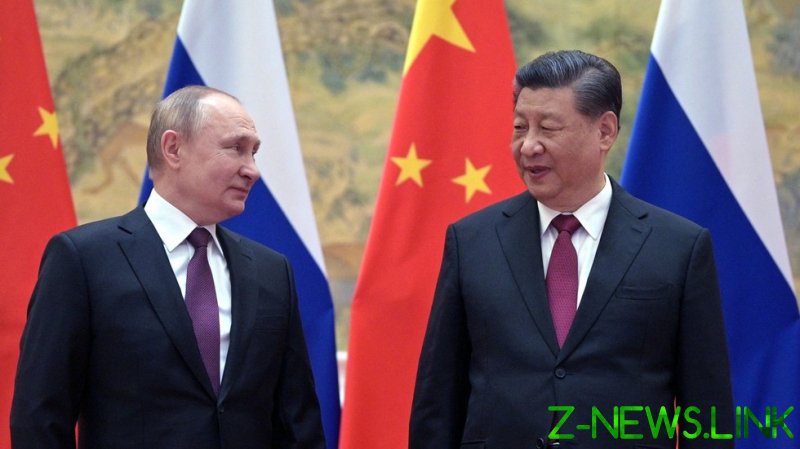 Russian President Vladimir Putin and his Chinese counterpart, Xi Jinping have backed a joint call for NATO to halt its plans for further expansion and avoid the continuation of the ‘Cold War’ mentality, amid an escalating row between Moscow and the US-led military bloc in Eastern Europe.

Following a meeting between the two world leaders in Beijing on Friday, ahead of the opening of the Winter Olympic Games, the Kremlin published the text of a statement agreed by both sides, calling for dialogue in an effort to reduce tensions.

“The parties oppose the further expansion of NATO and call for the North Atlantic Alliance to refrain from ideological approaches from the time of the Cold War,” it reads, as well as urging the bloc “to respect sovereignty, security, the interests of other countries, and the diversity of their civilizational and cultural-historical ways; and to deal with the peaceful development of other governments objectively and fairly.”

The two countries also emphasized the need for cooperation between governments across the world, given the challenges of fast-moving economic globalization, political upheavals, and a pandemic that continues to threaten millions and weigh on international security.

They called on global leaders to “strengthen dialogue and mutual trust, to deepen cooperation, and to defend such universal human values as peace, growth, equality, justice, democracy, and freedom.” In addition, the statement, published on the Kremlin website, calls for “a genuine multilateralism under the central and coordinating role of the UN and its Security Council” and to “bring about the democratization of international relations, to guarantee peace, stability, and steady development on earth.”

The meeting between Putin and Xi, the Chinese leader’s first face-to-face diplomatic interaction since the start of the coronavirus pandemic, comes amid a series of warnings from Western leaders that Moscow is poised to launch an invasion of neighboring Ukraine, and have pointed to reports of troop buildups near the shared border, as well as large scale joint military exercises taking place in neighboring Belarus.

Moscow has consistently denied that it has any aggressive intentions, and has called for written security guarantees limiting the expansion of NATO, the US-led military bloc, into Ukraine and Georgia, effectively barring the two states from membership. This week, documents leaked to Spanish newspaper El Pais show that Washington had formally rejected any such agreement, but had proposed other measures aimed to increase military transparency between the two sides.

Putin and others have previously said they could take unspecified “military-technical measures” if deemed necessary to ensure Russia’s security.

Ahead of Putin and Xi’s talks, Kremlin foreign policy advisor Yury Ushakov emphasized that Russia and China have “similar and coinciding positions on a large part of international problems.”

The two nations have stressed the importance of their relations in recent months, and in December, Ushakov said that China supported Russia’s efforts to sign a deal with NATO. Beijing has previously committed to working with Moscow to develop financial systems that are resistant to sanctions and minimize dependency on the US dollar.

Despite signs of increased cooperation between Russia and China, some analysts have suggested that the partnership is less integrated than blocs like NATO, where members have pursued integration on military and intelligence-sharing matters.