China responds to Biden’s claim about ties with Moscow 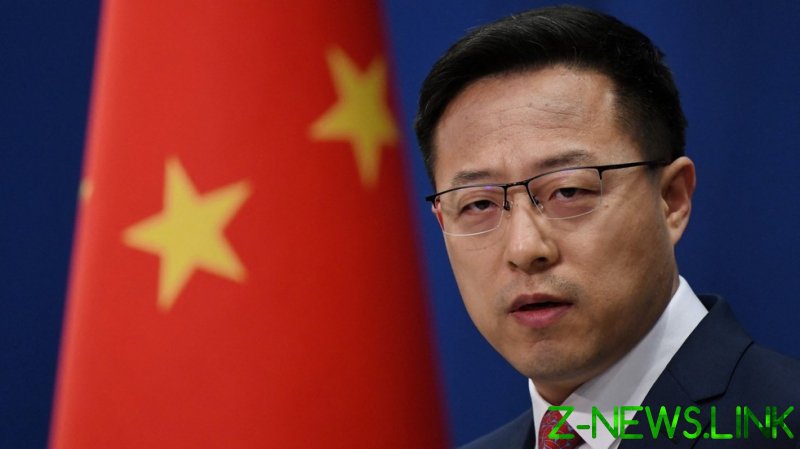 Relations between Moscow and Beijing are as healthy as ever, Zhao Lijian, China’s Foreign Ministry spokesman, said on Friday, denying an assertion by US President Joe Biden that China is attempting to distance itself from Russia.

Speaking at a regular press briefing, Zhao commented on the current state of Sino-Russian relations, describing them as “rock solid.” According to the official, China and Russia are “strategic cooperation partners in the new era” that have never sought to confront or target third parties.

He went on to say that “the long-term healthy and stable development” of ties between Moscow and Beijing hinges on a “high degree of mutual trust.” “China is willing to work with Russia to promote the steady progress of relations between the two countries in the right direction,” Zhao added.

His remarks come after Biden claimed on Wednesday that while China has “a lot of respect” for Russia and its President Vladimir Putin, Beijing is unlikely to regard the bilateral relations as an alliance. “Matter of fact, they’ve been sort of keeping their distance a little bit,” the US president stated, without elaborating on his line of thinking.

China has repeatedly refused to denounce Russia’s military operation in Ukraine that began in late February or join the sanctions the West subsequently imposed on Moscow. Moreover, it has insisted that Western countries and Kiev had failed to address Moscow’s “legitimate security concerns” while blasting NATO for pushing tensions between Moscow and Kiev to a “breaking point.”

In late October, Chinese Foreign Ministry vowed to “firmly support the Russian side” while assisting Putin’s efforts to “unite and lead the Russian people” as well as to realize “strategic development goals” to buttress Russia’s status as a major world power.