Home / WORLD / China responds after US claims it ‘militarized’ islands

China responds after US claims it ‘militarized’ islands 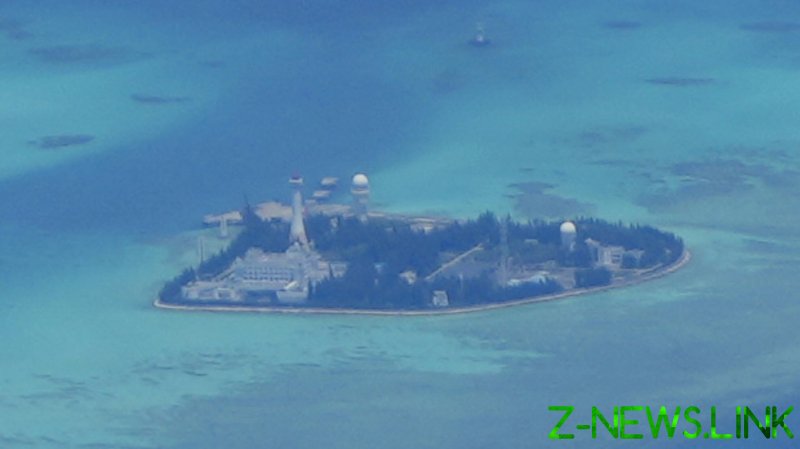 China has rejected claims that it is engaged in a major military buildup after a senior US commander accused the country of deploying an arsenal of weapons to several islands in the South China Sea and “destabilizing” the region.

Speaking to reporters on Tuesday, Foreign Ministry spokesman Wang Wenbin responded to allegations from US Indo-Pacific Commander Admiral John Aquilino that China is conducting “the largest military buildup since World War II,” including on islets off its southern coast.

“A sovereign country is naturally entitled to deploy necessary defense facilities on its own territory. It is consistent with international law and beyond reproach for China to do so,” Wang argued.

While the American admiral said Chinese forces had equipped at least three artificial islands with “anti-ship and anti-aircraft missile systems, laser and jamming equipment,” as well as “fighter jets,” claiming it now poses a threat to its neighbors, Wang said it is Washington that is “sowing discord and flexing [its] muscles in the South China Sea,” not Beijing.

“I need to point out that the US has been enhancing military deployment around the South China Sea in recent years and has frequently sent warships and military aircraft on a large scale for provocative purposes, which gravely threatens the sovereignty and security of littoral countries and undermines the sound order and navigation safety in these waters,” the Foreign Ministry spokesman continued.

At least six governments make territorial claims to parts or all of the South China Sea, though Beijing has insisted on its “historical rights” to much of the region. Around $5 trillion in trade passes through the strategic waterway each year, according to the Associated Press.

Washington has rejected China’s “expansive maritime claims” as “inconsistent with international law” – maintaining, however, that it has the right to deploy military assets in what it considers to be international waters in the South China Sea. In addition to a series of ‘freedom of navigation’ missions in the Indo-Pacific, the Biden administration has conducted near-monthly sail-throughs in the Taiwan Strait, sending guided-missile destroyers and other warships through the contested area in moves repeatedly denounced as provocative by Beijing.