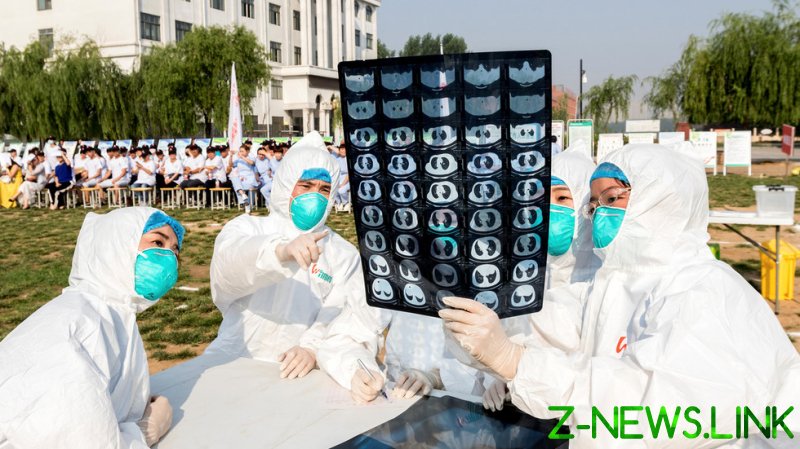 On Thursday, the Health Commission of Guangdong Province said it considered the risk of H5N6 transmission to be low after a local citizen was found to be infected with the bird flu strain.

The case was reported in Dongguan, a southern city home to some 10 million people. It is unclear how the person came to contract the virus at this stage.

The H5N6 subtype of avian influenza is known to be particularly deadly, with more than half of those infected dying from the virus. It is known to cause severe illness in all age groups.

The infection reported on Thursday is understood to be the 50th known case of the virus being contracted by a human. Despite the relatively low number, experts are worried by the increasing frequency of infections. Nearly half of all H5N6 cases have come in 2021; only five were reported in 2020. The World Health Organization said earlier in October that a probe into the cause of this increase was “urgently” required.

Almost all the known cases have been reported in China, and some scientists have suggested that the virus has mutated and is becoming more infectious to people. At least 10 of the registered infections had genetic features similar to the H5N8 virus, suggesting the latest cases may be a new variant.

“It could be that this variant is a little more infectious [to people]… or there could be more of this virus in poultry at the moment and that’s why more people are getting infected,” said Thijs Kuiken, professor of comparative pathology at Erasmus University Medical Center in Rotterdam, as quoted by Reuters.

While the virus is not known to jump between people, a 61-year-old woman who tested positive in July denied ever having contact with live poultry. Most infections have been linked to contact with poultry or their immediate habitat.

A study, published by the Chinese Center for Disease Control and Prevention (CDC) in September, has said that the “increasing genetic diversity and geographical distribution of H5N6 poses a serious threat to the poultry industry and human health.”

Despite its increased prevalence in humans, China has not reported any outbreaks of H5N6 in poultry since February 2020. The first H5N6 human case was confirmed in 2014, in the Chinese province of Sichuan.