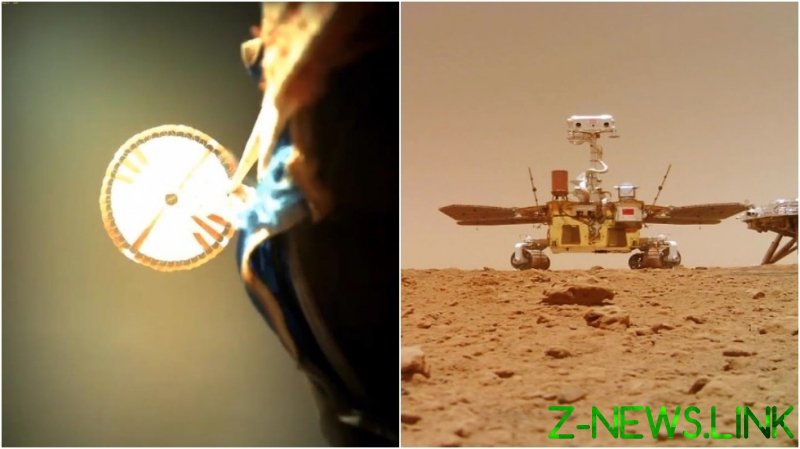 The first video captured the landing of the rover, from the opening of the parachute till the touchdown in the Utopia Planitia plain in the northern hemisphere of Mars on May 15.

The second, black and white footage was made by the Zhurong on the surface and featured the first sounds of Mars recorded as part of the Chinese mission.

Another clip was filmed with a use of a wireless camera, which allowed CNSA to receive unique images of Zhurong slowly driving across Utopia Planitia in third-person view.

The videos were relayed back to Earth through the Tianwen-1 satellite that orbits Mars as part of the mission.

The Chinese space agency’s release marked the 100th anniversary of the founding of the Chinese Communist Party, which is celebrated on July 1.

Since its landing, Zhurong has been working on the Red Planet for 42 Martian days, driving a total of 236 meters.

The Chinese scientists, who became second after their American counterparts to land a rover on Mars, expect the research vehicle to keep moving and collecting data for at least 90 days.