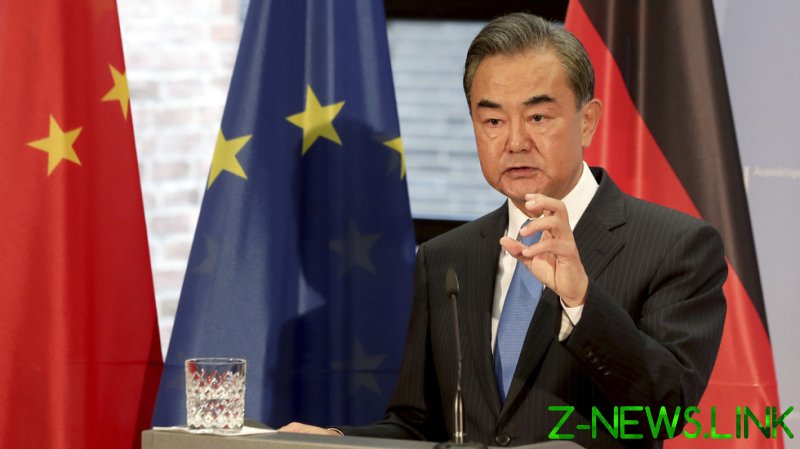 Beijing has expressed “concern” over how the situation is developing in Ukraine, as Russia announced its recognition of the Donetsk and Lugansk republics.

Speaking to his US counterpart Antony Blinken in a phone call on Tuesday, Chinese Foreign Minister Wang Yi said the latest changes were connected to the continued failure to implement the 2015 Minsk Agreement, which provided a roadmap for the peaceful reintegration of the breakaway regions of Donbass into Ukraine.

On Monday, Russia recognized the two self-proclaimed republics as independent entities. Moscow said Kiev’s refusal to meet its obligations under the Minsk Protocol and its obvious refusal to seek a negotiated resolution with its rebel regions justified the move.

As he recognized the breakaway republics as sovereign nations, President Vladimir Putin ordered Russian troops to be deployed in the territories to defend them against possible military action by Ukrainian forces.

The top Chinese diplomat said Beijing’s position on the issue of Ukraine remains consistent. “Legitimate security concerns of any country should be respected and the principles of the UN Charter should be upheld,” Wang said.

He called on all parties involved to “exercise restraint, recognize the importance of implementing the principle of indivisibility of security, ease the situation, and resolve differences through dialogue and negotiation.”

Russia’s recognition of the breakaway regions came amid a spike in tensions between Moscow and NATO, a military alliance that Moscow accuses of undermining its national security by expanding eastwards in Europe. Russia claims the US-led bloc targeted Ukraine for the deployment of its military assets, and considers this unacceptable.

The US and its allies rejected Russia’s proposal to introduce a moratorium on NATO expansion and roll back its military presence on the continent. Instead, they accused Moscow of planning a war of aggression against Ukraine.

Kiev’s foreign backers flew planes full of advanced weapons to Ukraine, claiming they were needed to defend the country against Russia. Moscow said the shipments were apparently intended to beef up the capabilities of the Ukrainian military in preparation for an attack against the rebels.