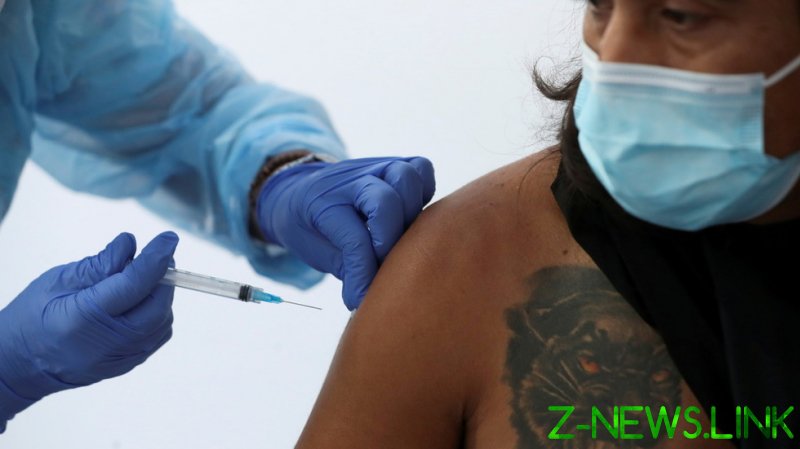 Washington Post columnist Josh Rogin is bemoaning China’s “vaccine diplomacy” in Latin America. Whilst the United States has suffered from large scale mismanagement of Covid-19, hoarding vaccines and taking a robust ‘America First’ policy to overcome the pandemic which has left close to 600,000 dead, China has taken a leading role in providing assistance to Latin America. Beijing has sent units of Sinovac to both Central and South America, exporting and donating millions of vaccines to almost every major country in this region excluding Paraguay, who choose to maintain ties with Taiwan.

With the region having faced aggressive variants, most particularly the one originating in Brazil, the nations of Latin America have had nobody else to turn to except China, and to an extent: Russia. This has been much to the disdain of Rogin and the US media in general, who are aiming to keep the blame focused on Beijing who is, he says, “abusing its power at every stage” and “advancing its interests.” Somehow portraying China’s support to the continent as a form of aggression, bullying and expansionism whilst the United States was perfectly happy to sit on the sidelines.

According to an unnamed Biden administration official in the piece: “The countries of the Americas are not dumb, they know they are being leveraged… And when the Americans come in, they will recognize who their friends are.” This of course is a strange, deeply ironic and utterly bizarre comment given the circumstances. One must question, if the United States truly is a “friend” of Latin America, and, if it is, where was it during the peak of the crisis? Washington is barking about China’s involvement in the region on the back of having done literally nothing itself, yet still simply expects these countries to flip towards the United States and push away China when it is finished putting itself first? Why would they ever be so stupid?

Undisputed hegemony over Latin America is the top goal of US security. Washington often describes the region as “its backyard,” revealing rhetoric in itself as it implies ownership. Since the 19th century, the US has pursued a foreign policy strategy called “the Monroe Doctrine” which aims to keep all geopolitical competitors, at that time meaning Britain and France but later extending to the Soviet Union, out of the Western Hemisphere. This has led to policies of long-term interference, election meddling, orchestrated coups, targeted sanctions and outright invasions to punish any state in the area hostile to Washington. It is the bedrock of the hostility towards Cuba, and the efforts to force regime change in Venezuela.

Fast forward to the new era of “Great Power Competition” and the focus is on China’s influence in Latin America, as it provides an alternative source of investment and support to Washington. As suggested by the initial column, the US has suffered some setbacks in the pandemic as it has exposed the more obvious reality that Washington doesn’t really care about the prosperity or wellbeing of Central and South America, it just wants control. This, combined with the disastrous Covid-19 outbreak at home, left the US a mere spectator as China provided support to numerous countries. This was even enough for Jair Bolosanaro, a staunch supporter of the US, to flip away from being anti-Beijing and U-turn on a proposed ban of Huawei in the country’s 5G networks.

As a result, the mainstream media have waged a relentless campaign to discredit China’s vaccines, with a repetitive emphasis on trying to brand the Sinovac product, which has been used widely in Latin America, as ineffective. There is a particular focus on Chile which is currently suffering a strong second wave of the virus. Even though Santiago released a study showing the vaccine in fact does yield positive results, this has not stopped the headlines repeatedly attempting to discredit it. The media spotlight has not been on America’s obvious inaction in the region, but a constant focus on attempting to undermine and question China when the participating countries have been suffering a crisis and had few serious options. Pfizer might be a better vaccine, but America isn’t sharing it and won’t until its own needs are met.

This makes the “true friends” rhetoric all the more ridiculous. Washington claims Latin America as its “backyard” then refuses to do the gardening. Why then, with an attitude like this, would Latin American countries simply boot out China when the United States finally gets around to helping out? Obviously, thanks to geography, the United States will always be the bigger power in the region, but, from the point of view of these countries, they want more, not less options. Why choose one source of help when you can have multiple? Instead of begging for scraps from Washington’s table, why shouldn’t they accept the relief China is offering? And, no, that doesn’t mean they are “switching loyalties” in the zero-sum way it is being depicted. At the end of the day, a catastrophic global crisis has been occurring and America wasn’t there to help, so what right do they have to still expect and demand obedience. This isn’t Chinese aggression or “bullying,” this is a foreign policy failure by two consecutive White House administrations.