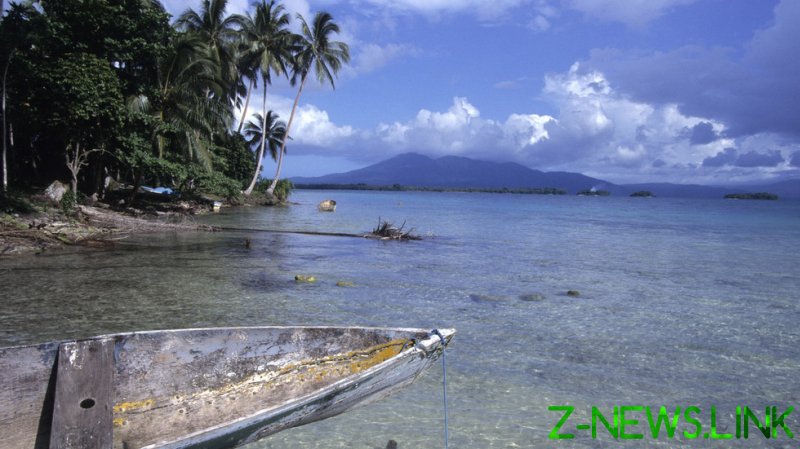 China has reportedly negotiated a secret security pact with the Solomon Islands, setting off alarm bells in the US and Australia because of the potential for Beijing gaining a South Pacific beachhead from which it could block shipping traffic.

Chinese and Solomon Island officials are close to signing the agreement, the New York Times reported on Friday, citing documents leaked by opponents of the deal. If completed, the pact would give Solomon Islands Prime Minister Manasseh Sogavare the ability to call on China for protection, such as in cases of civil unrest. Beijing would be given rights to dock warships and access “all necessary facilities” on the islands.

Australia’s foreign ministry confirmed the authenticity of the draft security agreement and argued that its “Pacific family” is best-suited to provide security assistance to the Solomon Islands. It noted that Australia has come to the country’s aid in the past, such as when it activated a 2017 security treaty with the Solomon Islands to help restore order during riots last November.

“We would be particularly concerned by any actions that undermine the stability and security of our region, including the establishment of a permanent presence, such as a military base,” the Foreign Ministry said in a statement. It added that Australia’s government and Sogavare announced on Thursday that international assistance forces will remain in the Solomon Islands until December 2023.

Canberra also will provide A$22 million ($16.4 million) in budget support to help Sogavare’s government mitigate the economic impacts of the riots and the Covid-19 pandemic. “Australia will be transparent and show respect as a reliable partner as we seek to build unity across the Pacific,” the foreign ministry said.

Last year’s violence sprung up from protests over the Sogavare government’s decisions to end diplomatic relations with Taiwan, establish ties with Beijing, and sign development deals with Chinese companies. The rioters attacked Sogavare’s residence and burned businesses in Chinatown on Guadalcanal, the island made famous by a World War II battle between the US and Japan.

Solomon Islands opposition-party leader Matthew Wale told the Times that he feared the vagueness of the security agreement with China would allow it to be used for anything. “The crux of it is that this is all about political survival for the prime minister,” he said. “It has nothing to do with the national security of Solomon Islands.”

The US State Department is building an embassy in the Solomon Islands decades after closing its diplomatic outpost in Honiara. Charles Edel, who is the Australia chairman at the Center for Strategic and International Studies in Washington, argued that the secret security deal with China would degrade Australia’s security. “This is deeply problematic for the United States and a real cause of concern for our allies and partners,” he told the Times.