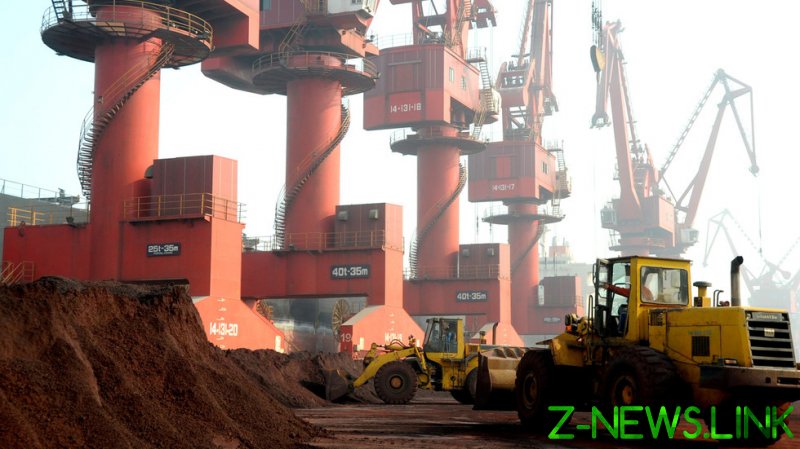 Chinese government officials reached out to industry executives, seeking to understand how badly companies in the US and Europe would be affected if China imposed restrictions on rare-earth exports, the Financial Times reported, citing sources involved in the consultations. Additionally, Beijing reportedly asked how long it would take the US to boost its own production of the vital elements or find alternative sources.

“The government wants to know if the US may have trouble making F-35 fighter jets if China imposes an export ban,” a Chinese government adviser said, as cited by the outlet.

The reported consultations came after Beijing introduced a draft rule to further strengthen regulation over the rare-earth industry last month. According to China’s Ministry of Industry and Information Technology, the document covers quota management of domestic rare-earth production, investment management, and supervision.

Another Chinese law, which was introduced in December, aims to restrict supplies of controlled items, including rare earths. The curbs could target countries that abuse export-control measures and harm China’s interests, and could be directed at the US, which has increased pressure on Chinese tech companies in recent months.

Rare-earth metals – a group of 17 elements that are critical for a wide range of industries from consumer electronics to military hardware – have long been at the center of the US-China trade war.

Chinese media has repeatedly warned that Beijing is ready to ban the supplies, but the plan has not been implemented yet – a move considered one of Beijing’s ‘nuclear options’ in the simmering trade war with Washington, as China accounts for around 80 percent of global rare-earth production and holds the largest reserves.

The US used to be the world’s number-one producer of these minerals, but is now heavily dependent on Chinese exports. As the trade war exposed this weak spot, Washington has been trying to boost investment in the critical sector, seeking ways to increase its own output.

In 2019, the White House ordered the Pentagon to spur the production of rare-earth magnets used for making both civilian and military motors. In September, former President Donald Trump signed an executive order declaring a national emergency in the mining industry, and asked the Department of the Interior to explore the 70-year-old Defense Production Act to speed up mining development.