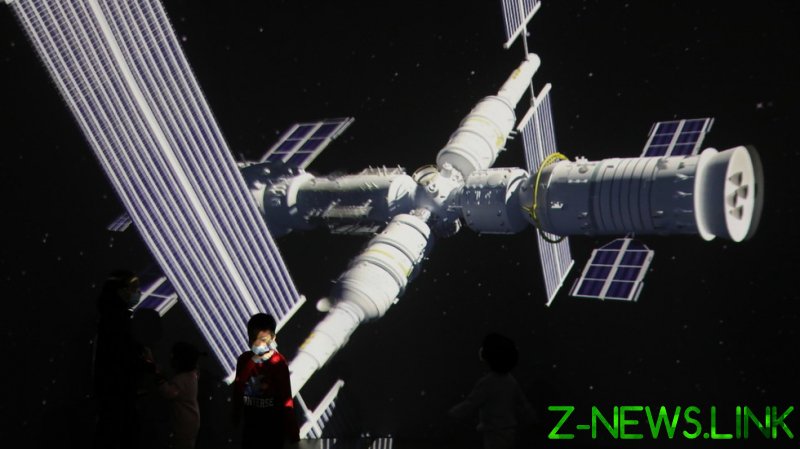 Carried on a Long March 5B rocket, China’s ‘Tianhe’ module was sent into orbit on Thursday, the first of three major components for the new space station. The launch, which appeared to go off without a hitch, was broadcast on state TV.

Tianhe, which means ‘Harmony of the Heavens’, will serve as the station’s primary control center, able to accommodate three astronauts for up to six months at a time. Two smaller modules will later join it, Wentian (Quest for the Heavens) and Mengtian (Dreaming of the Heavens), both 14.4 meters long, to Tianhe’s 18 meters. Visiting astronauts and cargo ships can link up to one of Tianhe’s five docking ports, some of which can be used to expand the station with other modules.

Compared to the International Space Station (ISS), currently the only competitor in the field, the Chinese Space Station (CSS) will have less than one-fourth the mass, according to Space.com, which cited the chief scientist of the China Manned Space program, Gu Yidong, as saying the design was based on scientific needs and cost-effectiveness.

Since the launch of Russia’s Salyut 1 in 1971 – the first space station in history – humans have lived on 11 different structures in orbit, with the CSS set to become only the third permanently-inhabited modular craft after the ISS and Mir. Similar to the Soviet/Russian station, the Chinese project was developed without the aid of other nations, with all design and construction to be carried out by Beijing singlehandedly.