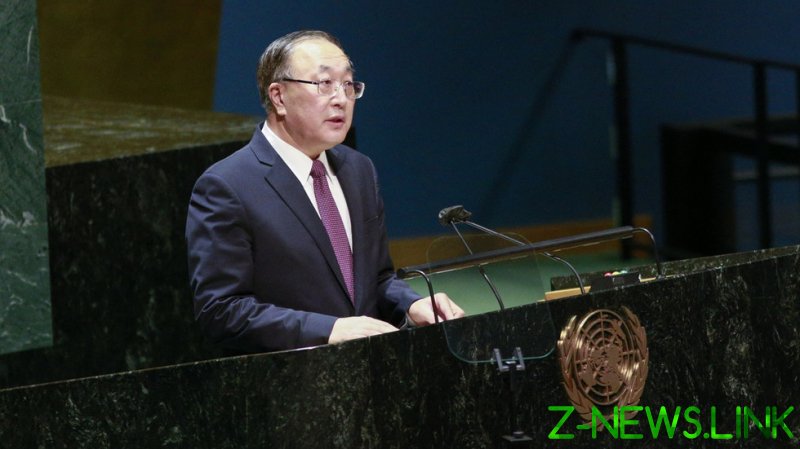 A possible visit of US House Speaker Nancy Pelosi to the self-governed island of Taiwan would undermine relations between China and the US, Beijing’s Ambassador to the UN, Zhang Jun, has said.

Media reports have suggested that Pelosi, who is third in line to the US presidency, could land in Taiwan on Tuesday, becoming the most high-ranking American official to visit the island since 1997.

“Such a visit is apparently dangerous and provocative,” Zhang Jun said during a briefing on Monday. Among other things, it would “send a wrong signal to the separatist elements” in Taiwan, infringe on China’s sovereignty and territorial integrity, threaten peace and stability in the region, and “undermine the relationship between China and the US,” he added.

“China is fully prepared to respond. If the US insists on making the visit, China will take firm and strong measures to safeguard its national sovereignty and territorial integrity, and the US has to bear all the serious consequences arising thereof,” the envoy warned. 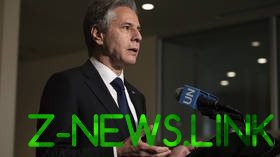 Beijing, which considers Taiwan an integral part of its territory under the One China policy, has already issued numerous warnings to the US over Pelosi’s alleged plans to visit to Taipei.

Zhang reiterated that the One China principle is “a red line” in Beijing’s relations with other nations, and no one will be allowed to cross it.

He noted that US President Joe Biden assured his Chinese counterpart Xi Jinping during a phone call last week that the US continued to support the One China policy, and called on Washington to “honor its words.”

Despite recognizing Beijing as the sole legitimate authority in China since 1979, the US maintains strong unofficial ties with Taiwan, selling state-of-the-art weapons to Taipei and backing its push for sovereignty.

The island of 23.5 million, which officially calls itself the Republic of China (ROC), has been self-governed since 1949, but never officially declared independence from Beijing. 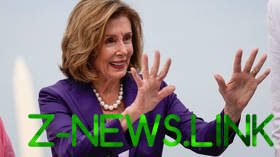 “In recent years, due to the influence of some external forces, the situation in Taiwan has changed for the worse, and the ‘Taiwan independence’ elements are moving down on the wrong path. Without prompt containment measures against them, the situation may risk losing control,” China’s UN envoy warned.

When asked to compare Pelosi’s possible trip to Taiwan to then-US House speaker Newt Gingrich’s visit back in 1997, Zhang stressed that “a previous mistake doesn’t make the following mistake legitimate.”

Pelosi did not mention Taiwan when she announced the destinations of her tour of Asia on Sunday, saying only that “high-level meetings” were planned in Singapore, Malaysia, South Korea and Japan.

China conducted live-fire military drills on Saturday off the coast of the southeastern province of Fujian, just across the strait between the mainland and Taiwan.