Home / economy / China is slowly increasing its own oil production

China is slowly increasing its own oil production 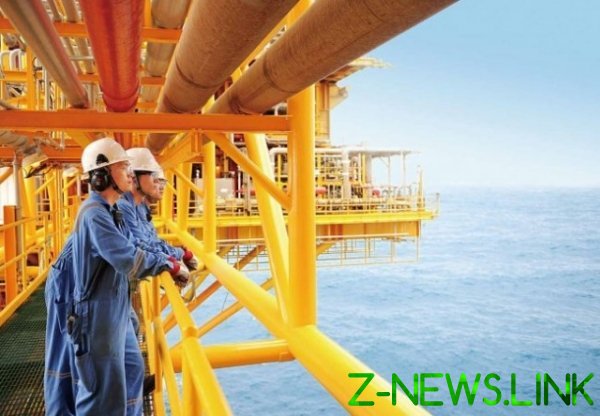 China continues to slowly increase its own oil production, but its volume is still very far from being able to meet the needs of the country in raw materials. According to the National Commission for development and reform of China, in January, production rose by 0.3% to 16.19 million tonnes.

At the same time, oil consumption in China in the same month almost reached 50 million tons. All the missing raw materials, China imported, remaining the largest buyer of “black gold” in the world.

However, Beijing is trying to solve the problem with shale deposits. Recently, Dagang Oilfield, a subsidiary of state China National Petroleum Corporation (CNPC), have discovered huge reserves of this oil near the city of Tianjin in the North of the country. However, about the serious impact of this field in Chinese oil production is not necessary to speak.

China, according to estimates by EIA, ranked third in the world for technically recoverable shale oil reserves, behind only the US and Russia. However, according to the forecast Morgan Stanley, shale oil production in China by 2025 can be as little as 100 to 200 thousand barrels per day.

See also:  Ukrainian pensioners will have to choose between pensions and salary

Another thing – shale gas. Here China has indeed achieved certain results. Chinese scientists claim that they allegedly developed a revolutionary method of shale gas extraction, which they believe will help solve the problems related to China’s shale deposits, of which in China is more than enough.

And the Chinese claim that they have developed a new method of production, over which they fought the best minds in a decade, will be tested this spring. If a new technology will justify itself, the world gas industry do expect major changes.

Today in China, Sichuan province, explored the largest reserves in the world shale gas is about to 31.6 trillion cubic meters. However, there are a few “buts”. The fact that China’s problem is that he is not technologically ready to produce so it needs gas, demand for which the country annually, on average, increases by 13%.

Of course, China tried to use Western technology to boost its “blue gold” with a depth of 3.5 thousand meters, but, alas: hydraulic fracturing, which is widely used in the United States, in this case, because there are too deep-seated fossil fuels.

Lifting gas from that depth will require to create a fluid pressure of about 100 megapascals. For comparison: approximately the same pressure at the bottom of the deepest on the planet-the Mariana trench. In the world, the pump is capable of supplying water under pressure. Not created and the pipe, which is able to operate at similar load.

However, in recent years, China actively conducted research in this area is engaged in the exploration and drilling of wells. Currently, shale gas production in China is on the field Fuling. It was planned that it will annually increase almost exponentially, but in practice that year in a row, it produces more than 6 billion cubic meters.

While in the Chinese company of Sinopec engaged in the development, only dejected shrug. China remains the world’s largest importer of LNG, in 2018, the volume of import has increased more than one – third to of 90.39 million tons, and by 2020 this figure is may rise to 140 billion cubic meters.