China is making moves to isolate Australia in its own backyard 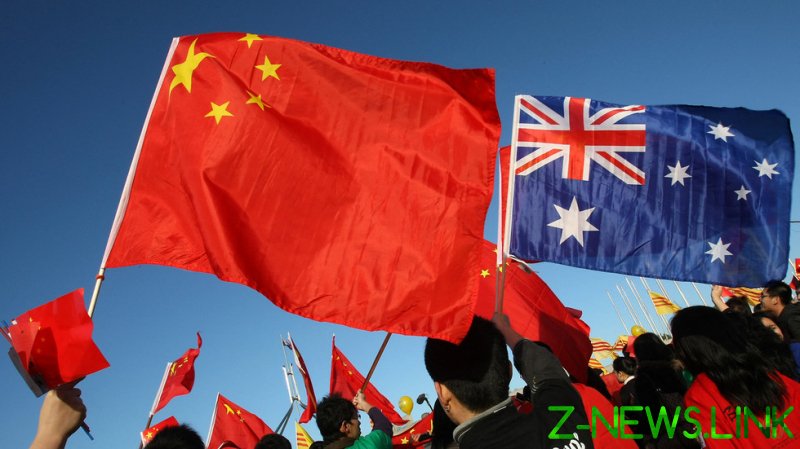 On Thursday, China hosted a summit which was attended by foreign ministers from the Pacific island nations of Kiribati, Fiji, Tonga, Niue, Papua New Guinea, Vanuatu, Micronesia, and the Solomon Islands.

With the exception of PNG, these Polynesia and Melanesia countries are small, yet they are taking centre stage in one of the biggest geopolitical struggles of the 21st century, which pits China against Australia.

The meeting confirms recent warm ties between the island nations and Beijing, and also comes just after the enormous AUKUS deal whereby Britain and the United States will provide Canberra with nuclear submarines in their bid to contain the military advance of China.

Those submarines might not arrive until the 2040s, but China is putting together its plans to counter Australia already.

As one particular line in the publication of the joint statement issued by the Chinese after the summit noted: “All parties reaffirmed their firm position of upholding the international non-proliferation regime with the Treaty on the Non-Proliferation of Nuclear Weapons as its cornerstone and the South Pacific Nuclear Free Zone, and called on the relevant parties to fulfil treaty obligations and promote regional peace and stability.”

The immediate intention is obvious – to contain the scope of AUKUS by limiting where the new submarines will be able to operate; New Zealand has already banned them from their waters. But in conjunction with this, and over a longer period of time, Beijing plans to strengthen its trade, diplomatic and investment relationships with all of these islands. This is significant, as the area is considered by Canberra to be its own backyard.

This will not come without its challenges, but one should not underestimate Beijing. The wider geopolitical and military competition between China and the US in the Indo-Pacific revolves around who has dominance over the islands there.

If you look at a map of the Pacific Ocean, situated between the Asian continent and the Americas are numerous ‘island chains’ that have geologically developed from volcanic activity across various continental plate lines. What is known as the first island chain includes the Japanese home islands, Okinawa, Taiwan, the South China Sea islands, and the Philippines. The second island chain includes America’s Mariana islands, and Palau. The third stretches down to include Fiji, Samoa, greater Polynesia, New Zealand, and Hawaii.

The geopolitical game that is now developing is focused on which powers can sustain naval and military superiority over these regions, given their strategic importance over the Asian and American landmasses.

Since World War II, the US and Australia have enjoyed working hegemony over all of them. Indeed, in WWII itself, the Pacific theatre evolved as an ‘island hopping’ game between America and Japan. Tokyo had fantasised over an advance into Hawaii and onwards to the US, but ultimately failed to match America’s naval power, and was pushed back, leaving itself exposed to the horrific attacks which would force it to surrender.

China sees the strategic map of the region in the same way. While the main focus is the area encompassing the South China Sea and Taiwan, the political allegiance and position of all the outlying island chains will be crucial in determining how a conflict between China, and the US and Australia would pan out.

As a result, Beijing has taken the approach of making its relationships with these small island nations a priority, competing with their traditional sources of aid and support, Australia and New Zealand.

This effort has also involved pulling these states out of Taiwan’s orbit. In 2019, China got both the Solomon Islands and Kiribati to switch allegiance and sever ties with Taipei.

But not everything is straightforward, as some of the states in this region continue to recognize Taiwan, particularly those with strong links with the US or Australia, such as Nauru and the Marshall Islands.

It’s also worth noting that the summit had some omissions, particularly Samoa, which is more wary of China and recently scrapped a deal for a new port funded by Beijing following the election of a new leader earlier this year.

However, despite this, the Pacific region as a whole welcomes the overtures from Beijing. As tiny island nations with limited military capabilities, it stands to reason why so many have compromised sovereignty or are under the complete domain of the US. As a result, China is seen not as an invasive or unwanted presence by most, but a balancing force which prevents absolute domination by Australia and the US.

Rather than offering strict allegiance to one side or the other, these countries are likely to hedge their bets to reap maximum benefits from both directions and thus maintain independent foreign policies; they are not looking to Canberra to ‘rescue’ them as commonly assumed. China’s affirmation that the region upholds its nuclear free commitments, however, serves as an important check on Canberra and strives to contain the scope of AUKUS. Should Australia ignore this provision and sail its submarines into this region, it may push some of the islands closer to Beijing.

And that’s why maintaining good relations with the islands is politically beneficial for China. A geopolitical competition is taking place across the span of the Pacific, and associated powers are seeking the loyalty of the small countries which dot its horizons.