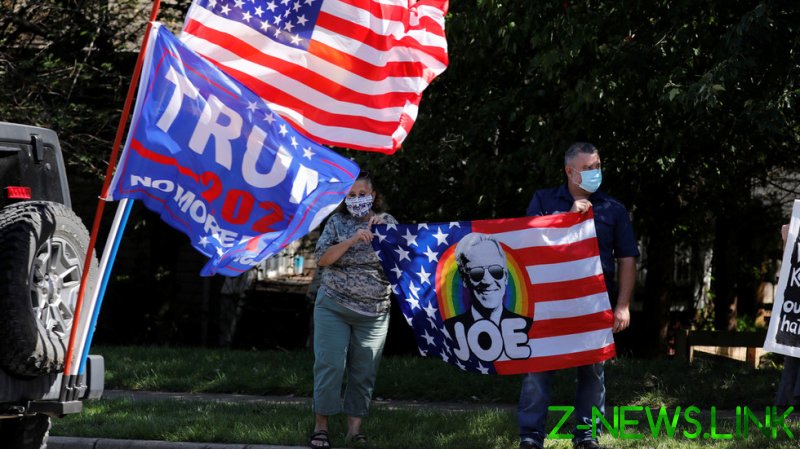 The president retweeted the clip on Wednesday morning, adding that China “can’t believe this!” In the video, Biden appears to introduce NWA’s 1988 rap ode to hating cops with “I just have one thing to say.” Then follows a snippet of the song, with Biden seemingly gushing over the “talent” of the rappers (whose group name is an abbreviation of “N***as With Attitude”).

Trump had already tweeted the video – labeled “Manipulated Media” by Twitter  – once, late on Tuesday night, asking his followers “What is this all about?”

The original video – which many already found cringe-inducing – shows Biden pandering to a Hispanic audience by playing the popular reggaeton song ‘Despacito’ by Luis Fonsi and Daddy Yankee on his phone after being introduced by Fonsi.

Trump has repeatedly cast Biden as an enemy of the police and a “Trojan horse” for the socialist wing of the Democratic Party, arguing he will merely serve as a figurehead while others do the real work of pushing the US off a communist cliff.

The president has also called Biden’s running mate Kamala Harris “the most liberal member of Congress” – though as the former attorney general for California, she is more often denounced as a “cop” by her critics on the progressive left. In what was perhaps a telling Freudian slip on Tuesday, the VP candidate made a reference to the coming “Harris administration.”