Home / WORLD / China, India, America and the EU: Who wins from the Ukraine war, and who loses?

China, India, America and the EU: Who wins from the Ukraine war, and who loses? 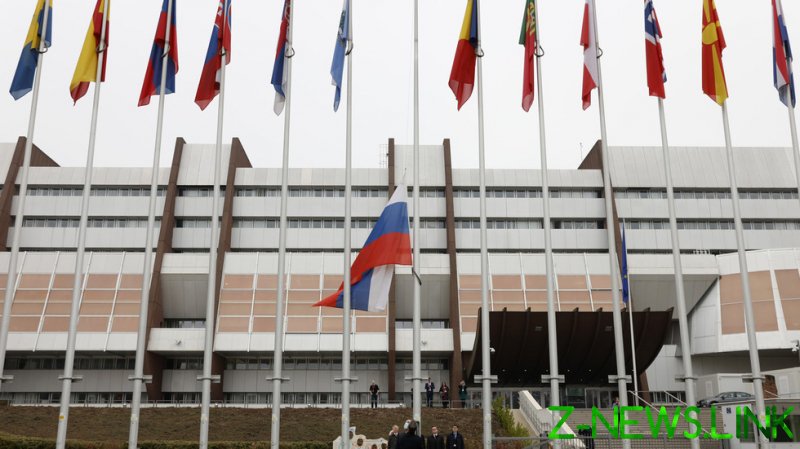 Russia’s military operation in Ukraine raises questions about the balance of losses and gains for major stakeholders and global actors. When it comes to Moscow and Kiev, this balance is yet to be determined.

As of now, the hostilities continue and no political settlement has been worked out, so it’s hard to say whether the parties can achieve their political objectives, for which a huge price has already been paid in human lives and economic damage of colossal proportions. The prospects for other global and regional players – the EU, the US, China, Japan and Iran, among others – are much clearer.

The European Union is sustaining damage and losses due to numerous severed trade and economic ties with Russia. The key challenge is to find alternatives to Russian oil, gas, metals, and other commodities on the European market. This will require a great concentration of resources and political will. It will affect the growth of the EU economy and determine how competitive its industry will be in the coming years.

Nevertheless, however painful it may be, Russian raw materials can be replaced. For oil, it won’t take long, while Russian gas is a bit harder to cut. The situation will be different from nation to nation within the bloc, as their levels of dependency on Russian resources vary. Still, a range of Russian goods can likely be replaced within a few years.

Regardless of the developments on the Ukrainian front and Russia’s foreign policy, pushing Moscow out of the common market will be a long-term process.

The EU has to take care of Ukrainian refugees. This is not an easy task. The situation is changing rapidly, making an accurate assessment impossible, but we are clearly talking about millions of people. The EU nations need to accept these refugees and help them to adapt and even integrate. Many European countries will have to spend more on social programs. At the same time, this will benefit the EU in the medium term. It has extensive experience dealing with migrants. Germany especially excels at this. Unlike migrants from Islamic countries, Ukrainians aren’t that different from EU Europeans in terms of culture. They are better educated, adapt and integrate faster, and don’t tend to form closed communities. For the economy, this will be a great demographic injection. 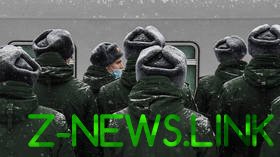 Most EU countries will vigorously increase defense spending. This will not necessarily correspond to growth in the bloc’s political clout, however. It will still remain a junior partner within NATO. However, the political and military role of certain member states will become much more significant. Germany comes to mind again, since it has great capacity to increase its defense spending, modernize its army, and develop its defense industry. For the advanced military-industrial complexes of European countries, this will yield long-term benefits.

It will also be a win for the European project as a whole. Russia has become a major consolidating factor for the EU, improving its internal discipline, strengthening its self-identity, and solidifying its Eastern flank.

On the surface, America’s expenses are not as significant, although banning Russian oil may cause some difficulties domestically, in the form of soaring gas prices, for example. However, Washington’s main problems are found elsewhere. The sharp escalation in the confrontation with Russia is a distraction from the Asia-Pacific region. The US will have to build up its military presence in Europe, which leaves fewer capabilities for containing China.

America is also concerned about the possibility of the Ukrainian crisis turning into a war between NATO and Russia. If taken to the extreme, this could lead to nuclear escalation. Washington will have to contain Moscow but act within certain boundaries in order to avoid escalation here and now. It would appear that the current priority is to manage the intensity of the conflict and make sure it doesn’t boil over.

In other aspects, the US is definitely set to make gains.

The new level of confrontation with Moscow is helping NATO strengthen internal discipline and encourage European members to contribute more to common security.

Donald Trump, Barack Obama, and George W. Bush were not able to achieve this. Now it’s being done with no difficulty at all. As a matter of fact, NATO may expand even further. Membership for neutral Sweden and Finland is now up for discussion, and support for this idea is growing in both countries. If Helsinki joins NATO, the bloc’s power will be projected over Russia’s northwestern areas. 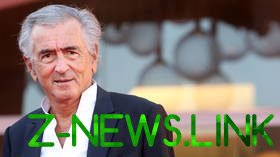 In theory, the United States could also use the need to divert resources to Europe to its advantage. Washington and its allies are now free to arrange an unprecedented hit on Russia’s economic and technological potential. Russia will undoubtedly remain a major military challenge for America and the West. However, they will be able to undermine the economy that this military potential is based on, and then redirect their attention to Asia.

The US energy sector has a lot to gain from the crisis. Before long, it will take over a sizable chunk of the European market. It will also now be easier for the Americans to squeeze Russia out of the world’s arms markets. While China and India will remain major consumers of Russian weaponry, Moscow will find it more difficult to compete in other markets due to strong pressure from the US.

Over the years, the US has accumulated a host of domestic issues. The ‘Russia factor’ could help both Congress and American society to regain a sense of unity and cohesion, however short-lived. That said, the degree to which the ongoing crisis could affect the 2024 presidential election remains unclear.

Meanwhile, China gains a lot of room for action. Unlike the EU and the US, the PRC stands to lose very little due to the current crisis. Washington’s military and political pressure on Beijing is waning. With an extensive package of anti-Russian sanctions now in place, China can lay claim to a significant share of the Russian market, which has now been vacated by the collective West. While there may be infrastructural and logistical hurdles to overcome, Russian energy resources will become more accessible to China at lower prices than before. Furthermore, China is set to become Russia’s key financial partner – a partnership that will be skewed heavily in China’s favor. Thus, Beijing is further strengthening its positions on its northern and northeastern borders.

There seem to be no alternatives to Russia partnering up with China.

China will soon enjoy new opportunities to exert influence in Central Asia. As it learns from Russia’s experience with sanctions, Beijing will tighten its own economic and financial security to withstand a similar confrontation with the West. That said, current developments are unlikely to result in a full-fledged Russian-Chinese military and political alliance. It appears that China will maintain its distance and try to remain as flexible as possible. 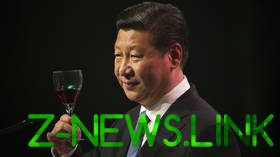 For Japan, in the short term, losses will most likely outweigh benefits. The prospect of signing a long overdue peace treaty with Russia is becoming very dim. Even before this new phase of confrontation, it was clear that Russia and Japan had reached an impasse in negotiations. While there wasn’t even a hint of progress on that track, at least the theoretical possibility of it remained. After the events of 2014, Tokyo pursued a balanced and pragmatic foreign policy, imposing mostly symbolic sanctions on Russia, while remaining active in the Russian market and maintaining constructive relations with Russia’s leadership. After February 24, 2022, Japan abandoned this approach and chose to stand with the US and the EU.

Tokyo will sustain some costs as a result of withdrawing from the Russian market and having to find substitutes for Russian commodities, but these will not be critical. The main consequence is that the escalation of relations with Russia, just as we saw with Germany, will provide a strong incentive for a definitive review of the post-WWII national security paradigm when it comes to the use of armed force. Japan will now have the confidence to begin reclaiming its status as a full-fledged political and military power in the region. As a result, the solution to the ‘Northern Territories’ issue will be viewed, more and more often, from a military perspective.

India will be barely affected. New Delhi will maintain dialogue with Moscow and thwart anyone’s attempts to hinder military and technical cooperation between the two countries. Still, lobbyists for Western arms manufacturers might find themselves in a more favorable position. China’s growing strength resulting from the crisis is a problem for India, but it’s nothing new.

The Ukrainian crisis might also benefit a number of countries that are currently suffering from punitive US sanctions. First and foremost, this concerns Venezuela and Iran. Washington might lift some penalties to compensate for losses arising from the ban on Russian oil imports. Politically speaking, this is easier to do in Venezuela’s case, since the issue there is ultimately about the governmental system – something the US could turn a blind eye to for a time. Venezuela’s heavy oil could replace Russian imports on the US market, while Nicolas Maduro’s regime would be able to breathe a little easier and secure some profits in foreign currency.

It’s trickier with Iran because of the country’s military nuclear program and the new version of the Joint Comprehensive Plan of Action. The latter is a multilateral process that also involves Russia. Technically, the US could let Iran resume trading oil on the global market without a nuclear deal in place. For example, the Biden administration could bring back the waivers that Donald Trump scrapped, which had allowed a number of European and Asian countries to import crude oil from Iran. The problem for the US here is that Tehran would also get a reprieve and strengthen its negotiating position, which would lead to pressure from Republicans who are against deals with the country. In light of pushing back against Russia, however, these differences might end up on the backburner. In any case, Iran would get the chance to benefit from this. This would also prevent the sanctioned countries from forming a coalition that could theoretically include China, Russia, Iran, and Venezuela. China will trade with the other three, but not at the expense of its ties with the West.

All in all, the new stage of the Ukrainian crisis will have repercussions on a global scale. For some countries, it will entail losses in the short and medium term – and significant losses at that – but for many others, it will open new opportunities for extending their influence in the long-term.

This article was first published in Russian on kommersant.ru