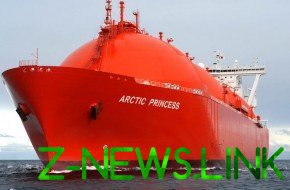 From June 1, China will raise the import duty on American liquefied natural gas from ten to 25 percent, according to the Committee on customs tariffs of the state Council of the PRC. Why it could spell disaster for the gas industry in the USA and that will benefit Russia from a new round of trade war?

Chinese import duties — a response to the aggressive actions of Washington. Two weeks ago, Donald trump has accused Beijing of disrupting trade negotiations and announced the increase of tariffs on the import of goods from China with a total value of $ 200 billion.

Note that the Chinese LNG market is the largest and fastest growing in the world, and therefore the most desirable for all exporters of fuel, including the United States. “This year, the LNG market in China will grow by about a quarter,” — said the head of research gas market research company RystadEnergy Carlos Torres-Diaz.

As this was started most of the projects of construction of terminal for liquefied gas in the United States. So, the other day in Louisiana opened Cameron LNG plant with three production lines with a total capacity of 13.5 million tons per year.

But because of the trade war the Americans four months exported to China only 300 thousand tons of oil against 1.4 million tons in the same period last year, experts point Vygon Consulting. And because of the new duties deliveries will have to cease completely.

See also:  The inhabitant of China has devised a novel way to get rid of the drunk "ducky"

Meanwhile, according to the Federal Commission for the settlement of energy (FERC), the U.S. is now being built five lines with a total capacity of 57 million tonnes of LNG per year. Projects of five lines has received approval and are awaiting final investment decisions. Now their prospects under a big question.

Without China and Europe does not need

New Chinese tariffs force Americans to turn to Europe. It is no coincidence that last week two senators introduced urgently in the American Parliament a bill on sanctions against owners of vessels that are used when laying pipe “Nord stream — 2”, and individuals providing project financial or technical support. Washington has long required that Europeans switched from Russian pipeline gas on us LNG.

The loss of the Chinese market can frustrate the Americans and plans European expansion. As estimated by analysts at Rystad Energy, Russia now supplies gas to Europe at an average price of five dollars per million British fuel units (MMBtu). On this level is the breakeven point for deliveries to Europe us LNG. In other words, for Americans to sell their gas to the Russian — means to operate without a profit.

To solve this problem Washington was calculated using the parallel supplies to Asia, where LNG prices are traditionally higher than in Europe. But now, without China, expanding exports to Europe for the American gas workers is extremely profitable.

From Russia with love

Most of the new round of us-China trade war Russia wins — national companies a good chance to take market share, which was claimed by the Americans.

December 1 should make the gas pipeline “Power of Siberia” with a capacity of 38 billion cubic meters of gas per year. The next step is the construction of another gas pipeline to China through the Altai Republic.

“Deliveries of Russian pipeline gas to China via the Western route may be the most promising and significant gas transportation corridor”, — said at the end of April the head of “Gazprom” Alexey Miller.

“China is steadily increasing gas consumption by 15% in 2017 and 18% in 2018, — he stressed. — Even more increased import in the past year by 32% to 125.7 billion cubic meters. As a result, PRC for the first time topped the list of biggest importers of natural gas in the world. The demand for natural gas in China will continue to grow, and we are ready to ensure a reliable supply for the long term”.