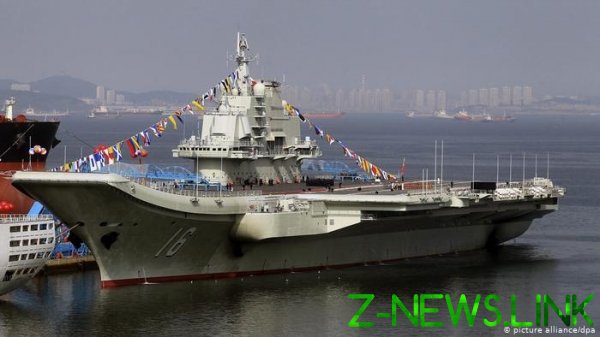 China ranked second in the world in arms sales, behind only the US and ahead of Russia, the study by SIPRI. Four Chinese corporations can be in the top 20 companies in the arms market.

China ranks second in the world in arms sales, overtaking on this indicator, Russia and behind only the United States. Such data of the Stockholm Institute for peace studies (SIPRI) released on Monday, January 27. The study covers the period from 2015 to 2017.

Previously, companies from China due to the lack of reliable information did not make the 100 biggest players on the arms market, published annually SIPRI. Now experts have collected reliable financial information about the four Chinese companies from a variety of sources, including credit ratings, the auditors ‘ and annual reports. It is the country’s largest aircraft manufacturer Aviation Industry Corporation of China, the state Corporation Norinco (armored vehicles and air defense system), China Electronics Technology Group (sonars, radars and electronic warfare equipment), as well as China South Industries Group (armored vehicles).

These corporations will enter the top 20, and three of them will be able to take places in the top 10, if we consider them in the preparation of the annual ranking, says SIPRI. Their total volume of arms sales is 54.1 billion dollars. In 2017 in the top 20 of the rating SIPRI included 11 companies from the USA, 6 from Western Europe and 3 from Russia.

Experts are unable to obtain detailed information on the other companies of the military-industrial complex of the PRC – in particular, the two largest shipbuilding enterprises. However, even the data collected suggest that these Chinese companies produce more ships than their major competitors from the US and Europe, the authors of the study.