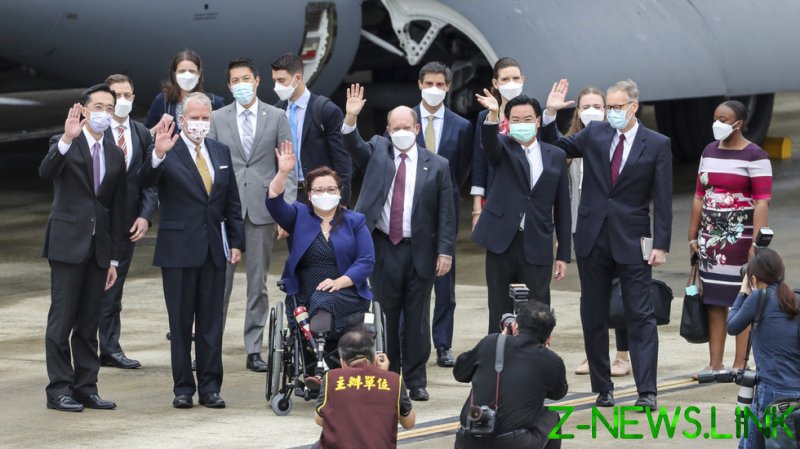 Wang Wenbin, a spokesperson for China’s Foreign Ministry, has announced that the country has filed “solemn representations” with the US over the visit of three American senators to the island to meet with senior Taiwanese officials.

Speaking after arriving on a military plane, Duckworth declared that the US “will not let [Taiwan] stand alone,” offering support in its recovery from the virus.

The bipartisan trip saw the US senators confirm that Taiwan would receive 750,000 doses of a Covid vaccine, as part of America’s plan to distribute an initial 25 million vaccines around the world, rising to, at least, 80 million given to the Covax scheme.

The Chinese government has been critical of the US in the past for engaging in direct diplomatic discussions with Taiwan, claiming that the island, which Beijing sees as an integral part of China, has no right to participate in state-to-state talks.

Taiwan has been struggling to fight the virus, having only vaccinated 3% of the island’s 23.5 million people so far due to a shortage of doses. Japan delivered 1.24 million doses of the AstraZeneca shot for free on Friday, doubling the number of vaccines in the island’s arsenal.

Sunday’s trip was the latest in a series of visits to the island by US officials in recent months that have angered Chinese officials. During the Trump administration, the US ambassador to the UN at the time, Kelly Craft, then-Secretary of Health and Human Services Alex Azar, and then-Under Secretary of State for Economic Growth, Energy and the Environment, Keith Krach, all visited Taiwan. In April, the US State Department updated its guidelines to allow US officials to “encourage US government engagement with Taiwan.”