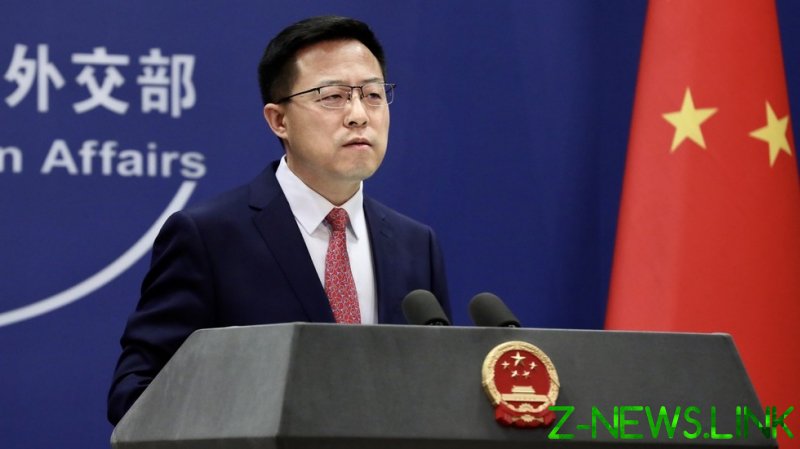 Beijing has once again hit out at Washington, stating that the US has “no right to talk about rules” after it has repeatedly broken them itself on numerous occasions.

During a daily press briefing on Monday, Chinese foreign ministry spokesperson Zhao Lijian was asked to respond to the recent comments made by US Secretary of State Antony Blinken, who stated that China posed “the most serious and long-term challenge” to the international order.

Zhao responded by saying that Blinken’s policy speech was “full of lies” and that it was, in fact, the US that posed the biggest challenge to the world. He noted that the “rules-based international order” proposed by the US actually meant one based on “American rules,” which serve to uphold Washington’s interests and hegemony.

He added that although China’s Foreign Minister Wang Yi already condemned Blinken’s speech last week, it was important to list “some facts and figures” to help “understand the lies and hypocritical fallacy of the United States.”

As an example, Zhao pointed to the fact that since the end of World War II, the US had tried to overthrow more than 50 foreign governments and had grossly interfered in democratic elections in at least 30 counties, citing William Bloom’s ‘Democracy: America’s Deadliest Export.’ He also noted that according to a report by Brown University, since 2001, wars and military operations launched by the US in the name of ‘counter-terrorism’ had claimed over 800,000 lives and generated over 20 million refugees from affected countries like Afghanistan, Iraq and Syria.

Zhao went on to state that the US is the biggest “destroyer of the international order” and that it only adheres to the concepts of “American exceptionalism” and the “America-centric theory.” He added that Washington’s proclivity to break contracts and come in and out of international groups at will has essentially become the norm, noting that since the 1980s the US has withdrawn from 17 international organizations and agreements, including the UN Human Rights Council, World Health Organization, UNESCO and other treaties. 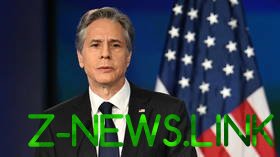 “The United States has openly disguised itself as a “referee” of international rules, using the so-called “flashlight” of the rules to shine on others, ignoring its own “darkness under the lights.” When US politicians plausibly hold the UN Convention on the Law of the Sea to talk about things, I wonder if they know that the US is not even a party to the UNCLOS.”

He stressed that the US had “no right to talk about rules at all” or accuse anyone of breaking international laws, since it is Washington that constantly breaks the rules and does it more than anyone else. Zhao added that the US only respects the rules when they serve its interests and hegemony, and completely disregards them if they don’t.

“I would like to ask the US a few questions: When the US recklessly wages wars against sovereign nations and engages in ‘colored revolutions,’ what exactly are the rules?” asked Zhao. He also pointed to how the US “aggressively imposed illegal unilateral sanctions and ensnared the people of those countries,” defaulted on $1 billion in dues to the UN and $1.4 billion to peacekeeping efforts, and attempted to create an “Indo-pacific version of NATO”, which would devastate security in the region and undermine the international nuclear non-proliferation system.

Zhao concluded by stating US foreign policy is “the epitome of coercive diplomacy,” which places domestic laws above international rules and indiscriminately imposes illegal unilateral sanctions and long-arm jurisdiction on sovereign countries.