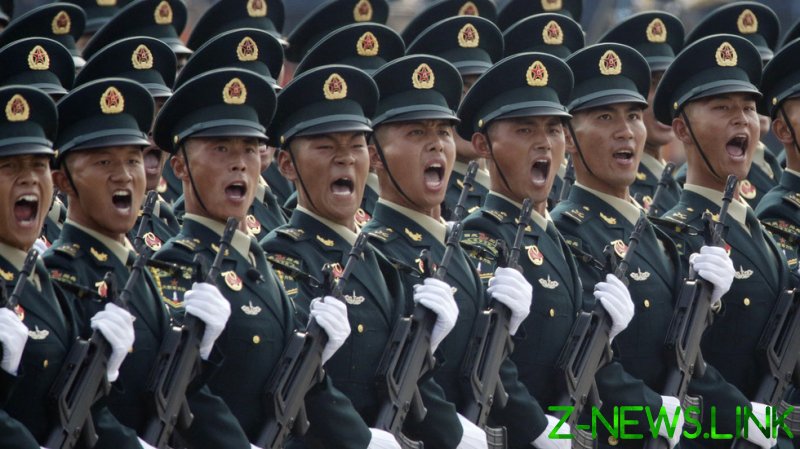 In a statement on Tuesday, spokesman Shi Yi said the drill was carried out in response to the “seriously wrong words and deeds of relevant countries” involving themselves in the Taiwan issue.

In a separate statement, Chinese military spokesperson Tan Kefei slammed a reported visit by US lawmakers to Taiwan via an American military plane on Tuesday.

He called on Washington to immediately stop its provocations as well as “all destructive actions that lead to the escalation of tension in the Taiwan Strait”.

The Chinese People’s Liberation Army will always maintain a state of high alert and take all necessary measures to resolutely smash any interference by external forces and separatist plots for ‘Taiwan independence’.

Taiwan has become an increasing diplomatic sticking point between Beijing and Washington. The Chinese government views Taiwan as an inalienable part of its territory under its one-China policy and has frequently made demands to the West, largely to Washington and London, to stop meddling in its internal affairs as regards the island.

Last week, in an effort to clamp down on secessionist sentiment, a spokeswoman for China’s Taiwan Affairs Office, Zhu Fenglian, said that Beijing had made a list of people deemed “stubbornly pro-Taiwan independence,” and will ensure they are punished under the law. The potential reprimands include barring them and their families from entering mainland China, as well as Hong Kong and Macau.

The Chinese military held assault drills near Taiwan in August in response to what it called “provocations” in reference to heightened US military and diplomatic ties with Taipei.

Beijing dubbed the US the “biggest destroyer of peace” in late July after the American Navy sailed its seventh warship through the Taiwan strait since President Joe Biden assumed office in January. The US and UK have said their naval patrols through the Taiwan Strait are intended to protect the region’s open waters.