Home / WORLD / China brands US and Taiwan ‘destroyers of peace’

China brands US and Taiwan ‘destroyers of peace’ 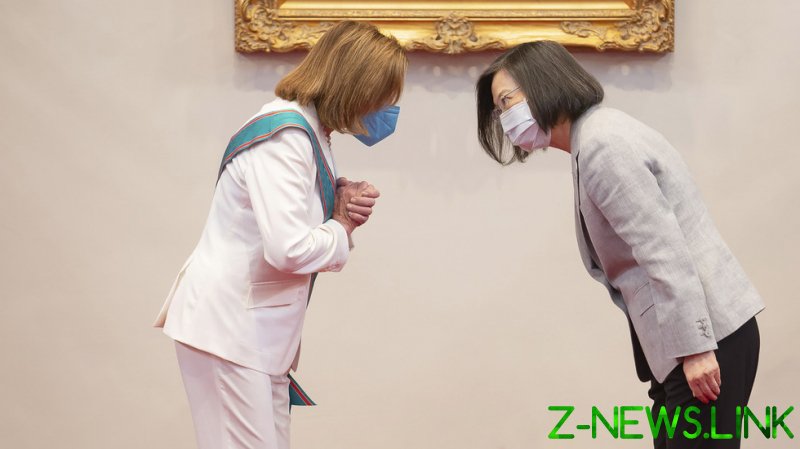 The leadership in Taipei and the US are responsible for creating conflict between the two sides of the Taiwan Strait, Ma Xiaoguang, spokesperson for the Taiwan affairs office of China’s State Council, has insisted.

Taiwan’s President Tsai Ing-wen and the Democratic Progressive Party (DPP), “relying on external support, willingly took on the role of pawns and stepped up provocations in the quest for independence,” Ma said on Tuesday, referring to the visit by the US House speaker Nancy Pelosi to the self-governed island, which Beijing views as part of its territory.

“The US intensified their efforts to try to play the Taiwan card, continuously added fuel to the fire, making plans to contain China through Taiwan,” the spokesman pointed out.

Taipei and Washington won’t be able to whitewash themselves, regardless of the “tricks” they could employ to do so, because “they are the creators of conflict between the two sides of the Taiwan Strait [which separates the island and mainland China], the destroyers of peace and stability in the Taiwan Strait,” he said.

According to Ma, the plans of Taiwan’s leadership to “rely on the US for independence” are doomed to fail. And the illusion of “seeking independence by force” will only accelerate the fall of Tsai and the Democratic Progressive Party, while also plunging Taiwan into an abyss of disaster, he added. 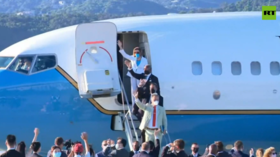 The DPP is a nationalist center-left party that dominates the Pan-Green Coalition holding the majority in the Taiwanese parliament. The ruling party, which is chaired by Tsai, pursues socially liberal policies at home, while at the same time advocating for more defense spending in order to be able to defend the island from China.

Pelosi, who is the third in line to the US presidency, landed in Taipei on Tuesday, becoming the highest-ranking American official to do so since 1997. The trip went ahead despite vigorous protests from China, which called the move “dangerous and provocative.”

While in Taipei, the House speaker met with President Tsai and local MPs, assuring them that Washington “will not abandon our commitment to Taiwan,” and describing the island as “one of the freest societies in the world.”

Beijing reacted to the trip by announcing a series of military exercises and live-fire drills in six maritime areas around Taiwan. The Chinese foreign ministry has also warned of the visit’s “severe impact on the political foundation of China-US relations.”

Taiwan, which officially calls itself the Republic of China (ROC), has been self-governed since 1949, but never officially declared independence from Beijing.

Despite officially recognizing Beijing as the sole legitimate authority in China since 1979, the US maintains strong unofficial ties with Taiwan, selling weapons to the island of 23.5 million, and backing its push for sovereignty.