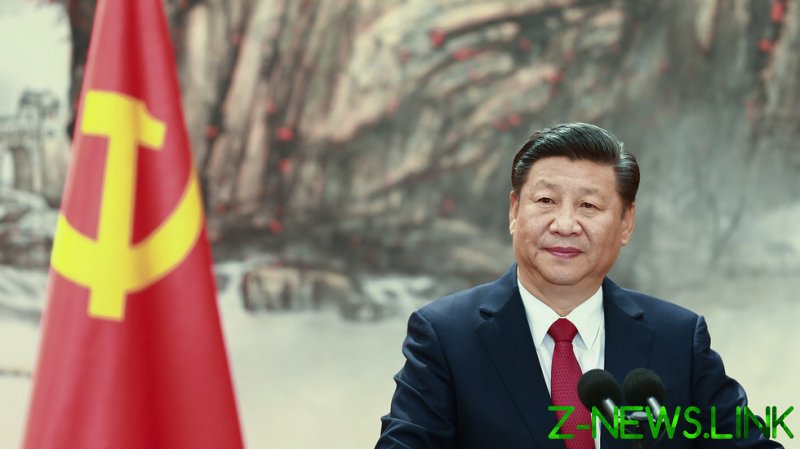 Since Wednesday’s provocative announcement of a new military and technological partnership between the US, UK, and Australia that sent shockwaves through the world, all eyes have been on how Beijing was going to react.

China’s Foreign Ministry quickly denounced the new deal as “extremely irresponsible” and told Australia to “prepare for the worst.” So far, so predictable. But then Beijing made a surprise announcement of its own: that it would be applying to join the Comprehensive and Progressive Agreement for Trans-Pacific Partnership (CPTPP) trade group, a free market economic bloc which the United States had initially created, but from which it later withdrew. This comprises eleven Pacific and American states, including Japan, Australia, Canada and New Zealand. The United Kingdom has also applied to join as part of its post-Brexit trading agenda.

Although many expected Beijing to find some means of sanctioning Australia and escalating tensions, China is instead bidding to further strengthen economic ties with it. Given that Chinese-Australian trade relations have been severely strained recently, what’s going on here? Why is China doing this?

It has been a long-term art of China’s diplomacy to indirectly dilute the power of the United States against it by hastening its economic integration with other countries, a process which more deeply ingrains China into the global economy, protects the thresholds of its development, and reduces the capacity for ‘decoupling’ against it, isolating America and forcing them to act unilaterally. The Regional Comprehensive Economic Partnership (RCEP) is one successful example of how China has pulled this off, the China-EU Comprehensive Agreement on Investment (CAI) is another.

Much of the coverage of relations between China and the US is described through the mantra of ‘military tensions’ and the cliche of so-called ‘wolf warrior diplomacy’. But one should never overlook that Beijing’s primary route of response has been to utilize diplomacy and trade in order to try and weather the storm and potential coalitions against it, avoiding any head on confrontation with America itself. It attempts to play on the differences between Washington and its allies, which are often greater than they appear (as politicians in Paris may this week testify).

As it happens, economics is a considerable part of those differences, especially because US politics, now dominated by protectionism and an anti-free trade mantra, has limited capacity or political space to compete with China in this sphere or offer any alternative.

The US’ allies have not committed to decoupling from China economically in the way Washington has. Britain is a particularly significant example of this trend; while London has committed to a military pushback against China, it has not sought an undoing of trade or economic ties. Let us just remind ourselves again that Beijing is, after all, applying to join a bloc which Washington created and then quit, illustrating aptly how the US is on the back foot in this domain.

In seeking to join CPTPP, China’s calculus is that by negotiating more with US allies on economic provisions which will largely be favourable to them, it can reduce their scope of unity in pushing back against Beijing and isolate the United States, whilst providing an economic safeguard for itself, translating to more strategic clout in the future.

However, the big question is, will this work? It is precisely because the US cannot compete with China when it comes to economics and trade that its responses are to deliberately sabotage and undermine such deals by driving political wedges between China and the countries it’s dealing with. If you can’t win it, spoil it.

So it will be with China’s application here. Its prospects of succeeding in joining the group are unclear, not least because of the high-level standards regarding market access that it requires. But the biggest single issue will be whether the US lets many of its closest allies jump into an agreement from which it has excluded itself.

After all, each member of the CPTPP has to agree to China’s ascension, and we know from the CAI deal with Europe that the US demands total compliance from its allies on what it dubs “China’s economic practices.” America does not tolerate allies gaining economic advantages from China which it cannot have. So the chances of success in such an environment are obviously unclear, but would these states turn down the chance of more market access into China and economic concessions going their way? Perhaps not, but that doesn’t mean there aren’t political challenges ahead.

The political jeopardization of CAI with Europe is one example of this. From the beginning, the US opposed Europe getting concessions from China, and its solution was to aggressively ramp up the Xinjiang issue to use the ‘human rights’ argument as a wedge, seeking to make engagement with China morally untenable. This led to the US pushing the EU into joining sanctions on China over Xinjiang, which China responded to with its own countermeasures.

What happened? Angry EU parliamentarians froze the deal, and America became the biggest winner. So there is little question that Washington will similarly attempt to block China’s accession to the CPTPP.

All it takes for Washington is to get one country to object, and that threshold isn’t high given the situation with Australia right now. Britain will probably not object to China joining, because it gives it the enhanced economic ties with China that it wants without the political controversy of a bilateral deal. Canada also probably won’t put up strong resistance, while Singapore, Malaysia, Vietnam, and Brunei will accept it, as will Peru and Chile. New Zealand will also be an important voice in favour, having also just banned Australia’s upcoming nuclear subs from its waters.

America’s best bet to block Beijing may rest with Tokyo, which often does America’s bidding, particularly when it comes to its old enemy, China.

But even if the process is long and not successful in the short-term, China still has enough influence and market leverage to cause problems for US diplomacy with its allies. The differences it creates between Australia and New Zealand alone are important for China, and any country who opposes it joining the CPTPP will have to give the others a good enough reason why, creating other obstacles with the US. This helps us explain why China sees even a failed bid as being in its interests. It’s a layer of diplomatic leverage at its disposal, one the self-excluding US does not have.

So despite its initial fiery comments, China has responded to the Australia submarine development by taking the diplomatic initiative. Beijing feels doubling down on its economic ties with others is the long-term answer, and it is a very handy tactic in attempting to avoid a Cold War scenario. More integration and trade means there is less scope for countries to take sides.

Beijing believes it has the means to diplomatically and economically outmanoeuvre the US. However, it must be wary of the pitfalls Washington has and will set for it, and of the US’ ability to shape global debate and damage China’s relationships. If Beijing is choosing a strategy of restraint, it ultimately needs to stick to it, play for the long-term, and not rise to the bait.