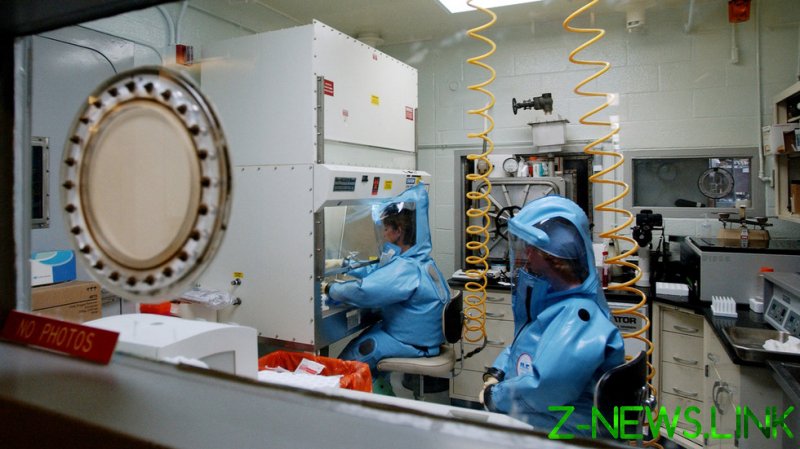 “Lately, some people have played the old trick of political hype on the origin tracing of [Covid-19] in the world. Smear campaign and blame shifting are making a comeback, and the conspiracy theory of ‘lab leak’ is resurfacing,” a spokesman for the Chinese embassy in Washington, DC said in a statement on Wednesday evening.

Without naming names, the spokesman said that “some political forces have been fixated on political manipulation and blame game, while ignoring their people’s urgent need to fight the pandemic and the international demand for cooperation on this front,” something that has “caused a tragic loss of many lives.”

China has been calling for international cooperation to trace the origins of Covid-19 “on the basis of respecting facts and science, with a view to better coping with unexpected epidemics in the future,” the statement said. Politicizing the probe will make it “hard to find the origin of the virus” but also “seriously hamper international cooperation on the pandemic.”

“Out of a sense of responsibility towards the health of mankind,” Beijing supports “a comprehensive study of all early cases of [Covid]-19 found worldwide and a thorough investigation into some secretive bases and biological laboratories all over the world,” the embassy said, which will be “full, transparent and evidence-based, and shall get to the bottom to make everything clear.”

While the conventional wisdom in the US is that the novel coronavirus first appeared in the Chinese city of Wuhan in late 2019 – with the only mystery being whether it jumped from animals to humans via the city’s wet market, or accidentally escaped from the Wuhan Institute of Virology lab – China has rejected both theories. At a press conference in March 2020, a spokesman for the Chinese Foreign Ministry instead suspected the US of developing the virus in one of its bioweapon laboratories and sending it to China during the Wuhan military games in October that year.

The Chinese government never disavowed these remarks, saying instead that now was the time to “come together to fight [the virus] instead of leveling accusations and attacks against each other, which is not constructive at all.”