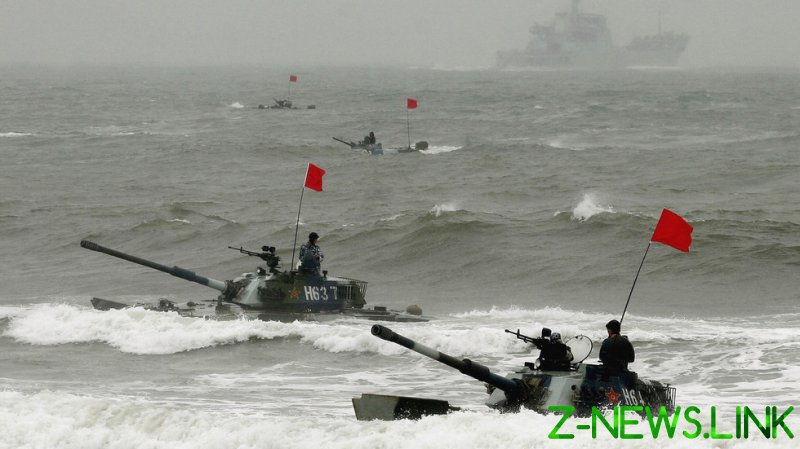 Beijing has begun conducting military drills off Taiwan after promising to launch a series of “targeted military operations” in response to US House Speaker Nancy Pelosi’s visit to the self-governing island, Chinese media reported.

“The Eastern Zone of the PLA Combat Command is consistently conducting a series of joint military operations around the island of Taiwan,” CCTV reported hours after Pelosi arrived on the island.

Pelosi touched down in Taipei late on Tuesday despite repeated warnings from Beijing against attempting to visit territory that it regards as an integral part of China.

In a separate statement, China’s Eastern Theater Command announced joint military drills off Taiwan, live-firing in the Taiwan Strait and missile test-launches in the sea east of Taiwan. The exercises kicked off early on Wednesday, footage circulated by Chinese CCTV shows.

It was not immediately clear what exactly the “targeted military operations” would include and whether they were separate from the series of drills announced by the Eastern Theater Command. 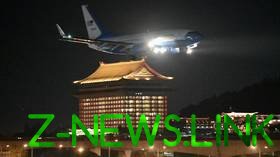 The military’s remarks echoed a statement by the Chinese Foreign Ministry that blasted Pelosi’s visit as a “serious” breach of “China’s sovereignty and territorial integrity.” The official’s arrival to the island “undermines peace and stability across the Taiwan Strait, and sends a seriously wrong signal to the separatist forces for ‘Taiwan independence,’” the ministry specified.

Pelosi touched down in Taiwan late on Tuesday following days of uncertainty over her visit, and conflicting signals from top US officials. Taiwan was not listed among the official destinations for the speaker’s Asian tour, which included Singapore, Malaysia, South Korea and Japan.

The visit has already prompted a sharp increase in military activities in the region, with Beijing staging live-fire drills over the weekend off the coast of the southeastern province of Fujian, just across the Taiwan Strait. The US has increased its military presence near the island as well, with its USS Ronald Reagan Carrier Strike Group currently sailing to waters southeast of Taiwan.