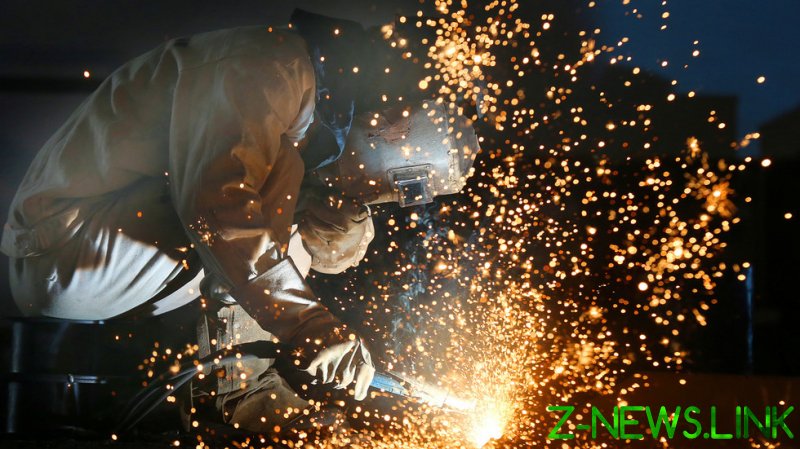 In a dramatic turnaround since the deadly virus rattled the world’s second-largest economy at the start of 2020, China’s gross domestic product (GDP) jumped 6.5 percent in the final quarter compared to a year earlier, according to official data released by the National Bureau of Statistics on Monday. The result is higher than in the last full quarter before the pandemic hit, when its economy rose by six percent.

The strong finish brought its GDP to 101.6 trillion yuan ($15.7 trillion) last year, according to the statistics agency.

Although the annual growth rate was the slowest since the end of the Cultural Revolution in 1976, it is still better than most analysts had predicted. It also makes China the only major economy to avoid contraction in 2020, when most nations are still struggling to overcome the economic impact of the outbreak.

The Chinese economy roared back to growth in the second quarter, after a historic 6.8-percent contraction at the beginning of the year. As factories started to get back online, China’s GDP rose by 3.2 percent in the April-June period and by 4.9 percent in the next three months.

China’s fast recovery was powered by positive dynamics in the industrial sector and trade, but domestic consumption, one of its key economic drivers, is still considered a weak spot. According to Monday’s data, the growth of retail sales slowed to 4.6 percent in December, and fell 3.9 percent for the full year. The lockdowns affected restaurant revenues the most, as they fell almost 17 percent, while online sales, as well as sales of telecommunications equipment, cosmetics, and jewelry posted double-digit growth.