Home / WORLD / China and India are locked in a clash that goes far beyond a few kilometres of disputed land; their enmity and distrust runs deep

China and India are locked in a clash that goes far beyond a few kilometres of disputed land; their enmity and distrust runs deep 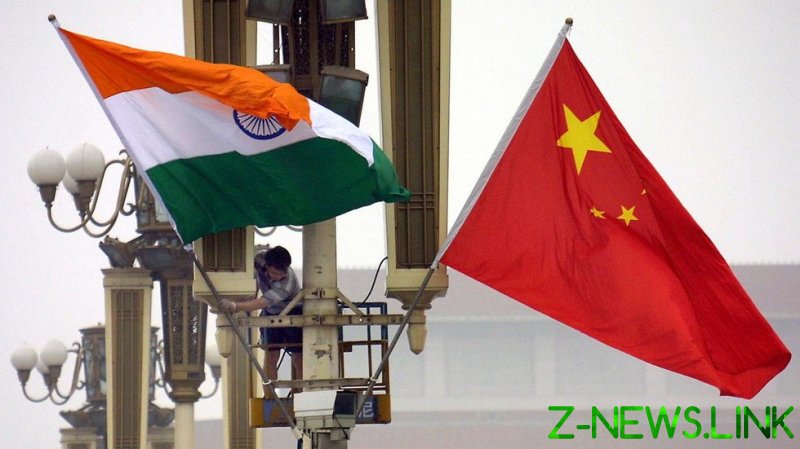 This week, the 13th round of the India-China Corps Commander Level Meeting was held at the Chushul-Moldo border meeting point. Despite being a dialogue designed to reduce tensions, the event saw both sides ramp up the rhetoric, showcase military moves, and subsequently blame the other for the failure to make progress.

Hostilities between the two sides have been high since a deadly border clash in the Galwan Valley last year, which erupted after India accused China of taking part of its territory. But despite efforts to move on and stabilize the situation, at least in name only, it has only led to a “new geopolitical normal” between the two Asian giants, a stand-off which is not going to go away.

The underlying problem is about more than a few kilometres of mountainous territory. Each side conceives the other as ultimately aspiring to contain and block their rise, leading to a cycle of affirmation that the other represents a ‘security threat’.

Recent op-eds in  both the Times of India and  the Global Times perfectly capture the strategic views of each capital, and set out the fundamentals of their approach to the other. New Delhi faces Beijing’s wrath for recently tilting towards the US under the ‘Indo-Pacific’ mantra, while China is seen as seeking to undermine India through its embrace of Pakistan and an equal pursuit of containment. These high stakes now make it impossible to turn back the clock.

China and India’s troubles are not new, and nor is the premise of mutual suspicion. Despite once having embraced each other as post-colonial states, the contentious border arrangement left by the British in South Asia, Tibet, and the Sino-Soviet split, combined to sour things between the two nations from the 1960s onwards.

Despite being formally aligned, it was after the death of Stalin and the onset of Khrushchev’s ‘revisionism’ in the USSR which led Mao Zedong to label Moscow as a quasi-enemy and rival to his own political system, and set off a series of upheavals to his rule, which included the Great Leap Forward, the Cultural Revolution, and the 1962 war with India.

This brings us to the next point – encirclement. China’s longstanding foreign policy logic has always centred around a fear of enemies strategically encircling it, which it has frequently invoked when attempting to prevent and strategically weaken the enemy in question, including in Korea, Vietnam, and India.

In 1960, Prime Minister Jawaharlal Nehru had made the mistake of tilting too far towards the Soviet Union, while also embracing the fleeing Dalai Lama as tensions in Tibet escalated. Mao began to see India as a strategic liability on China’s southwest border, which provoked a military response from Beijing. China won the resulting month-long conflict, undermining New Delhi and the Soviet Union, and taking back disputed territory.

In many ways, the current dispute between the two countries is a replay. These longstanding strategic wounds from the early 1960s bust-up have been dormant for decades, but have always been there beneath the surface. As the strategic map of global politics changed in recent years, with China’s rise and the US seeking to contain it, India has tilted towards Washington and has become a keystone in its ‘Indo-Pacific’ strategy and in the ‘Quad’, which seeks to restrain China via maritime power.

This has reinforced the belief in Beijing that New Delhi is once again being used against it in a process of encirclement, just as the USSR attempted to do with India. Therefore, like in times of old, China has sought to ‘checkmate’ India, which has been more than happy to play ball in tensions over border disputes, due to the populist and nationalistic nature of Modi’s government.

This has led China to respond in several ways to India’s shifting geopolitical importance. First, it has consolidated its own relationship with Pakistan, India’s traditional enemy, via the China-Pakistan economic corridor and enhanced military cooperation, and tilting towards it on bilateral disputes between Lahore and New Delhi, as opposed to being a mediator.

Secondly, it has sought to project its own military power in a bid to contain and respond to India, including border clashes in 2016 and 2020. In line with this, New Delhi has perceived China as a growing threat to its own national sovereignty, and sees it as attempting to big-up Pakistan in order to contain it. Modi has subsequently sought to use the confrontation to blame Beijing for his country’s inability to build up its own industry and manufacturing. This China problem has given Modi a populist well of resentment for him to draw political support from.

The current shouting match between the two over the border comes amid tensions in the Taiwan Strait, too, but it’s not so much risking a crisis this time as it is a dual negotiating ploy by both sides to ‘flex tough’ to domestic audiences and force through their demands.

It’s a textbook definition of the haggling which normally comes in the heat of an eventual deal. But even if a deal or arrangement comes, it won’t change a lot. The massive structural shift between the two sides means things will never go back to normal, even if the outcome is positive and avoids escalation. Both countries now irreversibly see each other as strategic rivals, if not enemies, and their geography accelerates the unease.

The best that can be achieved is stability, at a cold distance. India, for example, continues to exist within several international organizations China has created, including the Shanghai Cooperation Organization (SCO) and the Brazil, Russia, China, India, South Africa (BRICS) group, but this does not change the differing interests in how both approach the other members. On an economic level, India, for example, may seek future Chinese investment, but will never shift on areas considered strategic that could change the balance of power between the two, including technology and infrastructure, and will continue to hype up protectionism against Beijing. Note, for example, how even when Covid was at its extreme worst in India in May, Modi did not contemplate using Chinese vaccines.

Likewise, Beijing will continue to try and compete for influence over India’s neighbours such as Bangladesh, Nepal, and Sri Lanka, states which are considered essential for both sides in determining the regional balance of power. As the Times of India op-ed notes, China theorizes that it can contain New Delhi by effectively keeping it bogged down in its own vicinity, by intensifying its own military strength in the border region, and empowering Islamabad. It’s also worth noting that the Afghanistan situation has also weakened Modi’s hand, as the Taliban are very much anti-India.

In conclusion, the game and the board have been set, and the second bout in the great Sino-Indian rivalry is underway. China and India have not only longstanding mutual grievances, but also an incompatible set of strategic interests and ambitions, which each accuses the other of striving to undermine. It’s the Indo-Pacific vs. the Belt and Road Initiative coupled with the China-Pakistan Economic Corridor, all of which leaves the destiny of South Asia hanging in the balance, riven by rival visions that are strategically irreconcilable. How it ends is anyone’s guess, but it may not be well.