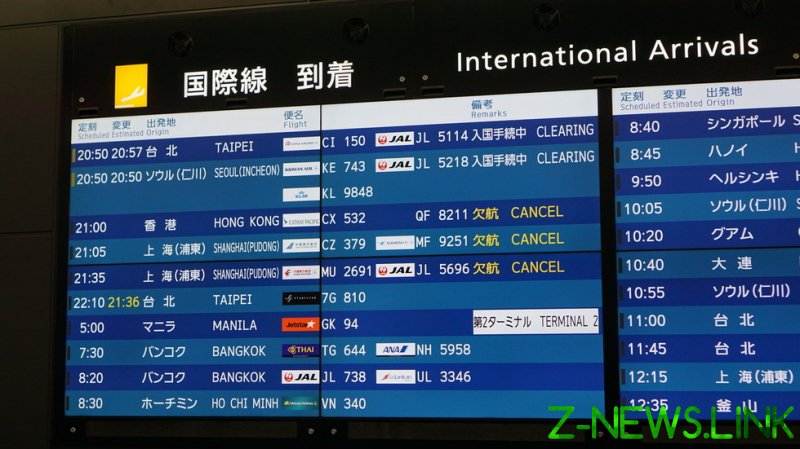 China’s air traffic authority has sent a notice to airlines operating in Asia, informing them of an upcoming military exercise around Taiwan. They were advised to stay out of six zones around the island, that the Chinese military earlier earmarked for live-fire training.

The notice, which was reported by Bloomberg, was sent during US House Speaker Nancy Pelosi’s visit to the self-governed Chinese island, in defiance of Beijing’s objections.

The map of the exercises, which will take place between Thursday and Sunday, was released earlier by Chinese media. Some appeared to include the 12 nautical mile zone around the island that is usually considered to be Taiwanese territorial waters.

China considers the island to be an integral part of its own territory. Although Taiwan’s military claimed Beijing’s move violated “UN rules” and amounted to a blockade.

The Chinese government has accused Washington of undermining the ‘One China’ policy, which underpins its claim on Taiwan, with actions like Pelosi’s visit. It warned that Washington was “playing with fire” and said there will be consequences.

In addition to launching drills around the island, Beijing has also imposed a series of trade restrictions against Taiwan.