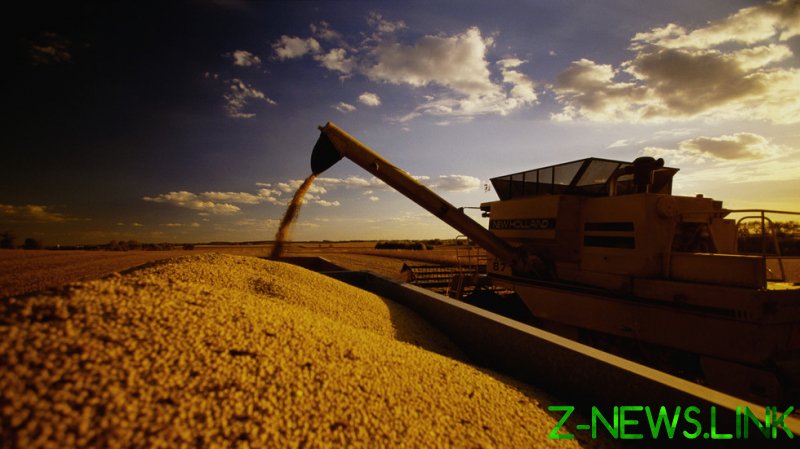 US soybean exports to China are leading their five-year average this year, the South China Morning Post reported on Monday, citing industry data. Beijing is looking to protect and bolster its supply chain as global food-security fears mount.

American soybean producers shipped 27.3 million metric tons to China from September 1 to April 22, according to Scott Gerlt, an economist with the American Soybean Association. He told the SCMP that over the past five years, China ordered up to 23 million metric tons in the September-April periods.

Gerlt explained that the Russia-Ukraine conflict cramped China-bound exports of wheat, corn, and sunflower oil from the two farm-rich countries. The conflict has also driven up prices of soybeans as a substitute. Meanwhile, four-fifths of US soybeans are processed into livestock feed in China and the rest into vegetable oil.

Gerlt also noted that the South American soybean-exporting nations – Argentina, Brazil, and Paraguay – have been struggling with drought conditions since last year, reducing shipments to China from normally vibrant sources.

“What’s clear is that China will be paying more to import food for people and livestock, whether it’s now or later in the year, and they don’t have a lot of supplier choices,” Douglas Barry, council communications vice president of the Washington-based advocacy group US-China Business Council, was quoted as saying by the media.

“It’s supply and demand, which augurs another good year for farmers in the US heartland, whether it’s due to volume or value,” Barry said.

China is the world’s top importer of soybeans, purchasing about 97 million metric tons in 2021, according to data by market research firm Statista.