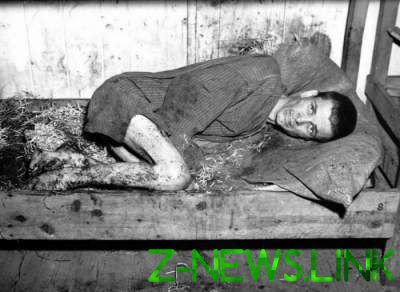 When you see these pictures, blood runs cold and it is hard to imagine how he could have survived such horrors and hardships of the people as hoped, believed in the future… these pictures are worth seeing if only to remember how fragile life is and how important it is to keep the peace on our planet.

1. The nurse in moments of relaxation 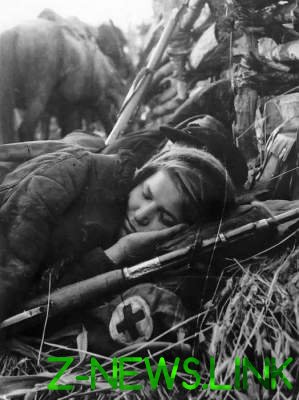 Red cross workers and doctors during the great Patriotic war showed no less heroism, fortitude and courage than the soldiers and officers on the battlefield. -Girl nurse on the fragile shoulders carried under the shower of bullets wounded soldiers. The medical staff of the hospitals and hospitals worked day and night, without leaving patients and pharmacists did everything possible to ensure that front highly effective drugs in adequate quantity.

2. German tanks on the streets of Paris 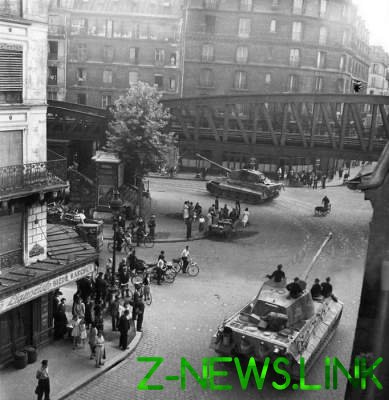 The tanks of the 503rd heavy tank battalion of the Wehrmacht move on the streets of Paris towards Normandy. France, June 1944. Battalion Schwere Panzer-Abteilung 503 — the German armored division, which had adopted the heavy tanks Tiger I and Tiger II. The battalion formed on 6 April 1942 21 Dec 1944 converted to heavy tank battalion “Feldhernhalle” in the body of the same name. 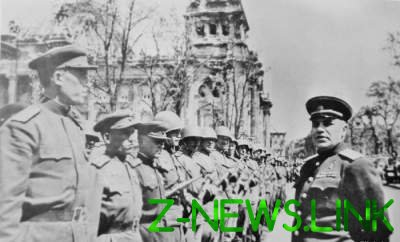 The first military commander captured by Soviet troops in Berlin and head of the Berlin garrison Colonel-General Nikolai Berzarin Erastovich before the formation of soldiers and officers of the red Army at the Reichstag during the ceremony of sending a banner of Victory in Moscow. Berlin, 20 may 1945. 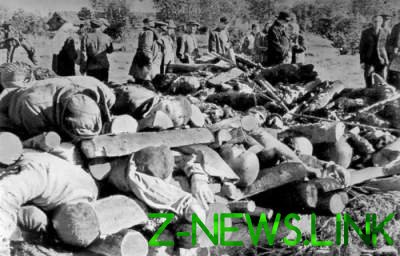 The bodies of concentration camp prisoners “Klooga”, shot before the arrival of the red army. The corpses stacked in a special pyramid for the burning. The General district of Estonia, the Reichskommissariat Ostland, 1944. 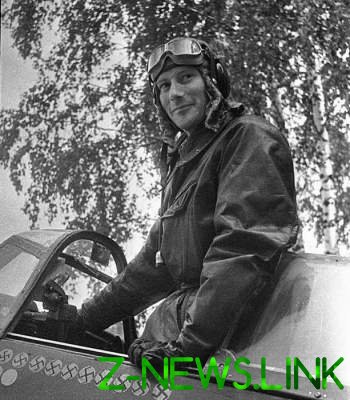 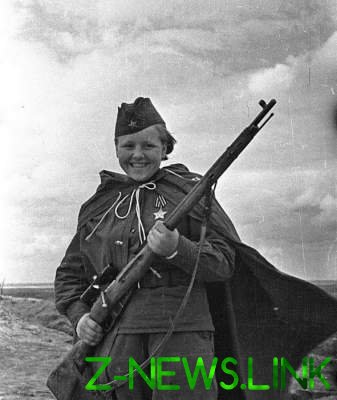 Cavalier of the order “Glory” 3rd degree, sniper Maria Kuvshinova, which destroyed 23 German soldiers and officers. At the time of arrival at the front it was 16 years (attributed to 3 years). Maria G. went through the liberation of Orsha, Minsk, capture of Koenigsberg and a breakthrough of enemy defenses in the Masurian lake district. After the war he worked at Nizhny Tagil metallurgical plant and raised two sons. The picture was taken in may 1944 by Mikhail Savin. 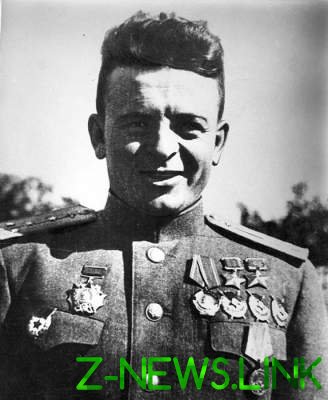 Karpov Aleksandr Terent’evich – the squadron commander of the 123rd/27th Vyborg guards fighter aviation regiment of the 2nd Leningrad guards fighter air defense corps, the most successful pilot of the defense and the sole hero of the Soviet Union. Having made the 456 combat missions, spending 97 air battles, Karpov personally shot down 28 enemy planes and 8 in group fights. Died October 20, 1944 during a combat mission. 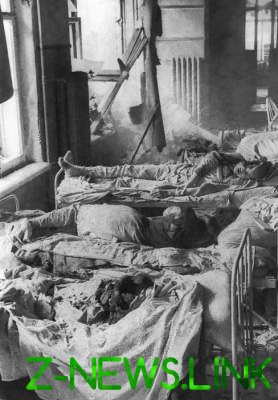 Patients in Leningrad hospitals, of the victims of German shelling.

9. Cossacks-guards in moments of relaxation 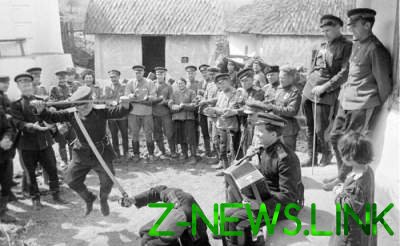 Cossacks-guards dancing in short moments of rest in between fights. Ukraine, Carpathian mountains, 1944. The author of the shooting: Trahman Mikhail Anatolyevich. 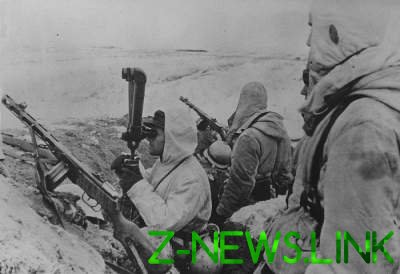 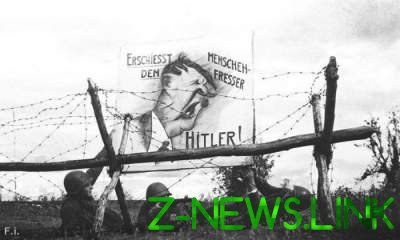 The soldiers of the worker-peasant red army put up a caricature of Hitler on the front. North-Western front, 1942. 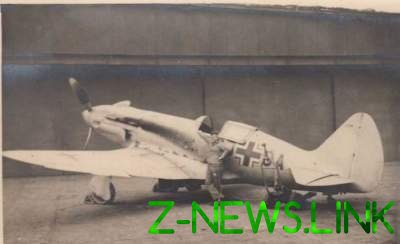 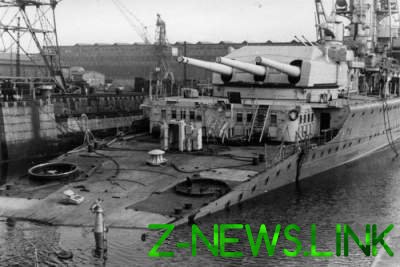 German heavy cruiser “Lutzow” (Lützow) in the dock after the torpedoing by the British submarine “Spearfish” (HMS Spearfish). Germany, 14 April 1940.

14. The Awarding Of Fyodor Andreyevich Puzanova 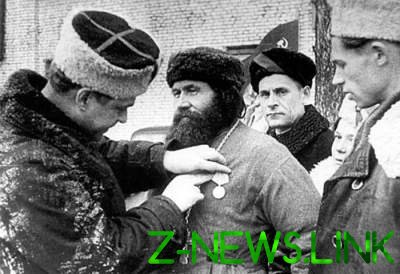 The commander of the 5th Leningrad partisan brigade, hero of the Soviet Union K. D. Karitskaya attaches the medal “Partisan of the Patriotic war II degree,” the priest of the Church of the Pskov village Hohlova Slides porhovsk district Fedor Puzanov. Fedor Puzanov A. – knight of St. George of the First world war, taking advantage of the relative freedom of movement allowed him by the occupiers as a rural parish priest, conducted intelligence work, supplied the guerrillas with bread and clothing, reported data on enemy movement. 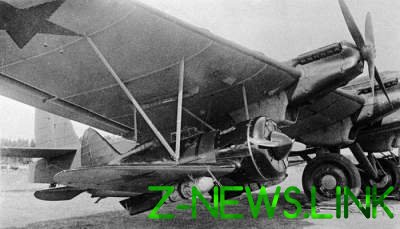 Under the wing of TB-3 suspended the fighter I-16 with high-explosive bombs weighing 250 kg each. The summer of 1941. 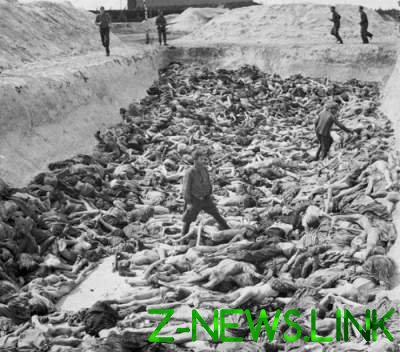 Before the liberation of the concentration camp Bergen-Belsen in April 1945, the Nazis killed 50,000 people. The photo shows a mass grave number 3. The man standing among the uncountable bodies is camp doctor Fritz Klein, who was hanged for his role in the massacres in December 1945. The work of Klein was that he was going to decide who of the prisoners still fit to work. 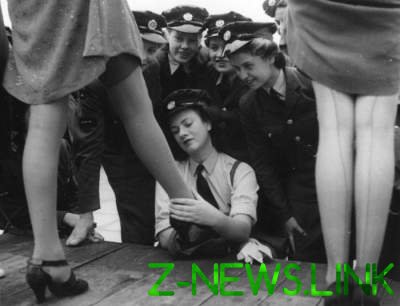 Female soldiers consider the stockings of artificial silk, specifically designed for the army (model 731). At the fashion show at Kennards Croydon, 22 September 1943. 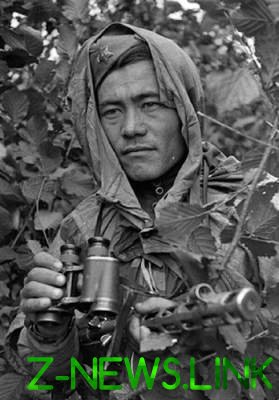 Sapper-scout Sergali Krymov. Conducted dozens of reconnaissance raids in the enemy’s rear. He was awarded two orders of the red banner and the medal “For courage”. Photo: Mark Greenberg. 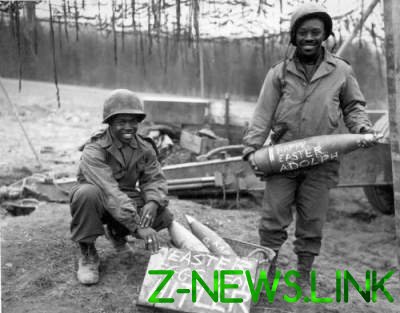