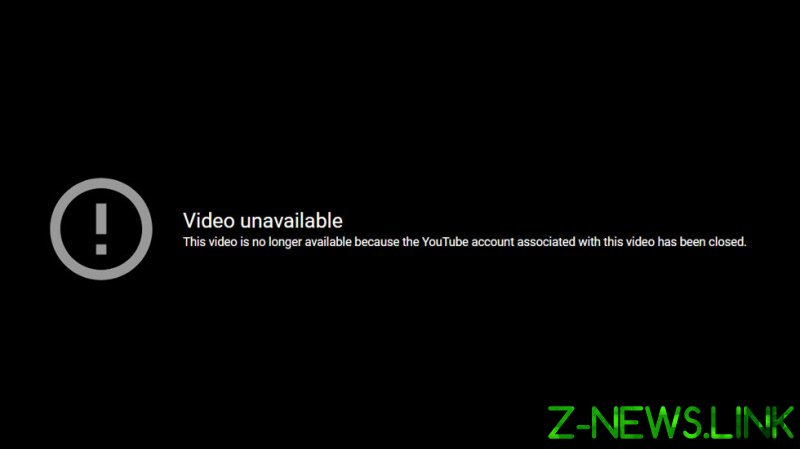 The official TalkRADIO channel – which had 250,000 subscribers – was deleted on Tuesday and, currently, it is not known why.

British political tabloid blog Guido Fawkes theorized that the channel had been deleted because of its history of airing views that are skeptical of government coronavirus lockdowns amid the  pandemic.

YouTube’s removal of the channel took place just hours after UK Prime Minister Boris Johnson announced that England would be put under an even stricter lockdown from Monday, in an effort to stop the spread of the virus.

The reason behind the channel’s removal has not been confirmed, however, and TalkRADIO has yet to issue an official statement.

In response to the list of YouTube’s coronavirus rules that TalkRADIO might have broken, host Julia Hartley-Brewer declared, “No one on TalkRadio has said ANY of those things. We simply challenge the evidence that lockdowns are a proportionate response to the Covid virus. It’s called free speech.”

Journalist and author Peter Hitchens questioned: “Are we any longer free if this sort of thing can happen?” while others called YouTube’s removal “chilling,” “shocking,” and “Dark days for media censorship.”

Several social media users pointed out that TalkRADIO adheres to British Ofcom regulations, with Australian writer Helen Dale commenting: “Everyone laughed when it was wingnuts like Alex Jones getting banned. Now we’re seeing it done to perfectly boring, Ofcom-regulated UK TalkRADIO. Who’s next?”

Civil liberties organization Big Brother Watch condemned the incident as “an assault on free expression” that “must be overturned,” and claimed it would bring up the removal during its next meeting with Google officials.

However, not everyone was opposed to the removal of TalkRADIO’s channel.

Actress and anti-Brexit Liberal Democrat activist Emma Kennedy celebrated YouTube’s decision by posting, “It’s what they deserve. @TalkRadio has become a sewer. I hope advertisers leave them in droves.”

YouTube has removed several viral videos under its coronavirus rules, ranging from the anti-vaccine “Plandemic” video that alleged a conspiracy behind the Covid-19 pandemic, to a video from California doctors who opposed strict lockdowns.

Even before the pandemic, YouTube had gained a reputation for its heavy-handed censorship, banning prominent-but-controversial users like Infowars host Alex Jones, David Icke, and even an Egyptian anti-torture activist.