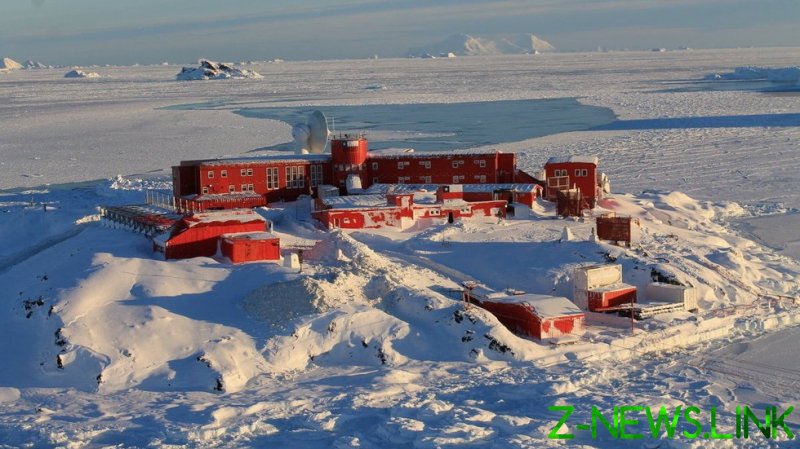 The strongest of over half a dozen jolts struck South Shetland Islands some 216 kilometers northeast of Chile’s O’Higgins scientific base at 8:36pm, while another 5.8 quake shook the Chile-Argentina border region close to the capital Santiago around 30 minutes later.

While the warning was only meant for the coastal regions of Antarctica, people all across Chile received messages urging them to abandon coastal areas due to a tsunami threat, triggering much confusion.

The Interior Ministry soon clarified that the evacuation order was sent out to cell phones nationwide by “mistake,” while Miguel Ortiz of the National Emergency Office apologized for the “inconvenience.”

Chile’s largest Antarctic installation, Base Presidente Eduardo Frei Montalva, was evacuated as a precaution. “Our staff is protected in a safe place without incident,” Chilean Air Force said on Twitter.

No damage was reported from either quake or the aftershocks, and the tsunami warning was lifted after only a negligible wave of just over an inch reached the shore of Antarctica. The personnel of Eduardo Frei also returned to their facilities.

Located just 200 meters from the Russian Bellingshausen Station, Eduardo Frei is the most important of Chile’s four permanent installations on the icy continent, where the country claims a slice of territory covering the South Shetland Islands, the Antarctic Peninsula, and several other adjacent islands. The base is supported by the tiny commune of Villa Las Estrellas, which has a population of about 150 in the summer – between October and February – and only 80 for the rest of the year.